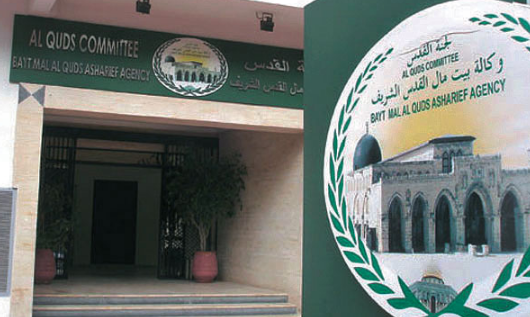 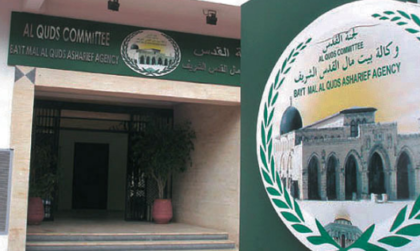 Bayt Mal Al Quds agency, an offshoot of the OIC, issued a report covering two-decades of King Mohammed VI leadership at the head of the agency in championing the rights of Al Quds inhabitants and the sacred character of the holy city revered by Muslims, Christians and Jews.

The 131-page report highlights the achievements of the agency and its diplomatic actions under the leadership of the Moroccan monarch as well as the solidarity initiatives marking the projects it has launched in favor of Jerusalem and its inhabitants.

The report also sheds light on the actions led by late King Hassan II, former chairman of Al Quds committee, which was created at the 10th foreign ministers summit of Muslim countries in Fez in 1979.

A set of initiatives were thus highlighted including the stances of king Mohammed VI underpinning a strong Moroccan support for the Palestinian cause including advocacy of Al Quds as a capital of an independent Palestinian state.

The Agency has also fostered its solidarity actions under the King’s chairmanship, launching projects such as schools, hospitals and programs to fight poverty and create revenue-generating activities.

Special attention was given to cultural activities developed by the agency including the creation of Bayt Al Maghrib in Al Quds and the funding of several educational and cultural programs benefiting the youth.

The document also recalls the joint call launched by King Mohammed VI, Chairman of the Al-Quds Committee, and Pope Francis, during his visit to Morocco in March this year, for the protection of the multi-faith and sacred character Al-Quds Al-Sharif, cradle of the three monotheistic religions.

“We believe it is important to preserve the Holy City of Jerusalem/Al-Quds Al-Sharif as a shared heritage of humankind and to safeguard it, above all for the believers of the three monotheistic religions, as a symbol of peaceful coexistence and as a meeting place where mutual esteem and dialogue are fostered”, said the two leaders, expressing hope that the followers of the three monotheistic religions will be guaranteed free access to religious sites in the holy city as well as the right to practice their faith there.

Morocco has been steady in its position rejecting the imposture of the status quo and the alienation of the Al Quds identity by the Israeli occupation stressing the need for a two-state solution to the Arab-Israeli conflict.