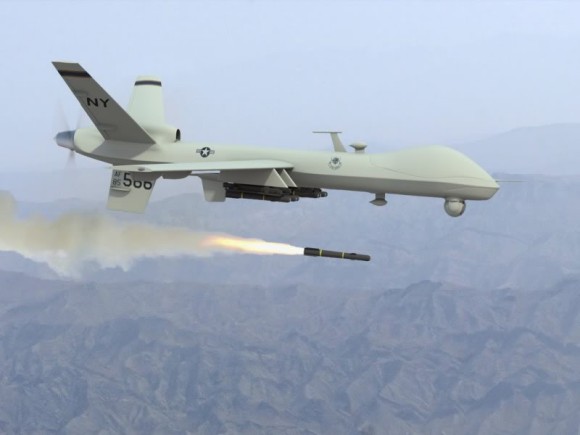 The White House was caught off guard when the thirteen hour filibuster of Senator Rand Paul sparked a national conversation about the use of drones and the United States’ warfare in the larger Middle East. The filibuster was staged against the confirmation of John Brennan as the new head of the Central Intelligence Agency (CIA), but Paul used it as a pretext to question the administration’s drone policies. Yet, while Brennan was easily confirmed, the Obama administration found itself in the middle of a national security debate and it was anything but prepared for it.

Even though the questions being put forward by Senator Rand Paul were a bit nutty, the way the United States is currently using drones does raise a number of serious concerns. First and foremost, how does the administration decide whom to target? So far, the designation as a terrorist to be added to the list of possible targets has been based on the authorization for the use of the military force, passed by Congress shortly after the attacks of 9/11. The way the programme is implemented, however, stretches this authorisation in two ways. First of all, the drone campaign is being run jointly by the CIA and the Joint Special Operations Command (JSOC). But running a decidedly military campaign at least partially through the CIA is a bit murky in legal terms.

Moreover, Congress authorised the administration to use military force against the perpetrators of 9/11 and international terror networks behind the attacks. Al-Qaeda, however, is by and large beaten and though many of the world’s terrorist organisations – from al-Shabaab in Somalia to Boko Haram in Nigeria – share al-Qaeda’s goals and values, they are not directly related to the 9/11 attacks. If the administration wants to continue the programme – which, after all, it has greatly expanded – it would sooner or later have to reach out to Congress and seek renewal of Congressional authorisation; a step the Obama administration would very much like to avert, since it hopes that winding down the war on terror will eventually be part of its legacy.

Be that as it may, drones will remain a tempting tool in any strategy the United States is going to formulate in its pursuit of internationally acting terrorist organisations. After all, they allow Western allies to pursue their campaign without committing boots on the ground and hence those fatalities that might eventually trigger a critical blow to public support for the war effort. However tempting, there are some serious military problems with the use of drones as a default weapon of choice. The constant use of drones has led to an over-reliance on signal intelligence, the sort of remote controlled intelligence obtained through satellites and drones. But designating someone as a terrorist usually requires the sort of evidence that can only be obtained through informants and agents infiltrating these networks directly. To put it differently: while the drone campaign creates a systemic bias to rely on signal intelligence, it would actually require more human intelligence to be effective and reliable.

Finally, the drone-campaign has another negative side-effect. In a recent attack on militants, the Pakistani government had tried to lay the blame on the U.S., accusing it of yet another drone strike, a charge the U.S. hastily denied. Yet, it still created a political backlash against the United States, which does not always have the sort of deniability it might long for. This strategy of outsourcing blame to a drone-using country is only about to begin and might well produce all sorts of political baggage in the future.

Yet, the drone campaign also has some clear upsides, not necessarily always at the forefront of the public debate. Despite the collateral damage and the political backlash that these attacks undoubtedly have created, the death toll would be much higher had the United States and its allies used different methods of pursuing terrorist organisations. Moreover, the drone-campaign has so far allowed the United States to pursue terrorists in places like Yemen, Somalia and Pakistan without having to commit boots on the ground, thus saving precious political capital and popular support, which otherwise might have forced it to terminate the campaign before it is really over.

The real mystery, hence, is not about the drone-campaign itself, but why exactly the White House had expected its drone policies to continue without much scrutiny. After all, the administration has expanded the programme significantly since it entered office in 2009, ordered strikes in Yemen, Somalia and Pakistan and yet always maintained that it was about to wind down the war on terror. This was not only a stretch in legal terms, but first and foremost a square impossible to circle in political terms.

North Africa Post's news desk is composed of journalists and editors, who are constantly working to provide new and accurate stories to NAP readers.
NEWER POSTMauritania: Chinguitel to be sold
OLDER POSTOn Javier Bardem’s Cause in the Western Sahara