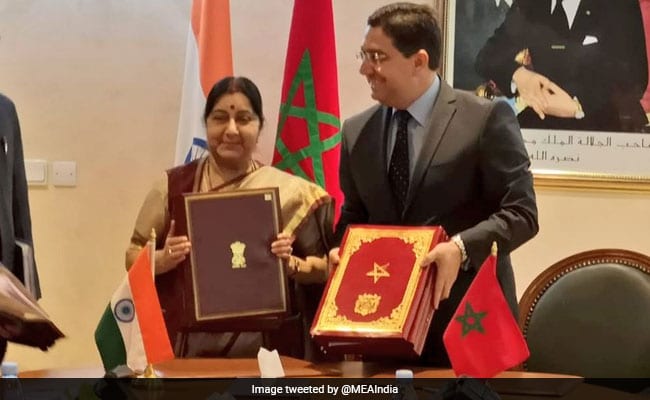 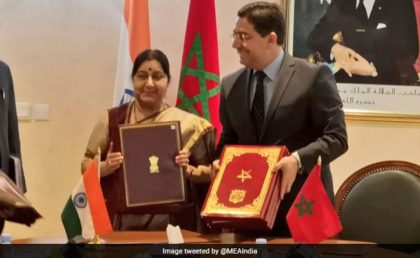 Morocco and India have agreed to set up a Joint Working Group on Counterterrorism to develop a comprehensive approach to combat terrorism including cross-border terrorism, terrorist financing, and recruitment of terrorists.

The agreement setting up the working group provides for cooperation on security matters and information sharing concerning any development in the field of the fight against terrorism, as well as consultation on counterterrorism-related issues in the United Nations and other specialized agencies.

Mrs Sushma Swaraj said the counterterrorism agreement was important for India, which has been facing the scourge of terrorism for decades.

“Our agreement with friendly nation Morocco in fighting terrorism together is important for India,” she was quoted by NDTV as saying.

During her talks with Moroccan officials, that she described as “fruitful”, the Indian Foreign Minister hailed Morocco’s leading role in the fight against terrorism and extremism, saying this role is appreciated worldwide.

Sushma Swara highlighted Morocco’s outstanding stature in Africa and its leadership role in the continent, lauding the royal initiatives to promote peace and coexistence between religions and reject division and extremism.

She underlined that India gives importance to its multilateral relations with Morocco and feels that there is unlimited scope for expanding bilateral trade.

Swaraj stressed the need to establish a three-dimensional economic cooperation involving India, Morocco and African countries, pointing out that the visit King Mohammed VI paid to India, during the third India-Africa Forum in 2015, gave momentum to bilateral relations.

She pointed out since 2015, the two countries have exchanged 20 minister-level visits and signed 37 MoUs and agreements and that bilateral trade between the two nations has grown up to $1.5 billion, as in October 2018 and that

The visit was marked by the signing of another agreement in the sector of housing that provides for the sharing of expertise, especially in technological innovation, building technologies, social housing construction, anti-seismic construction, smart cities, as well as sustainable and environment-friendly construction.

The two sides also signed a MoU on the simplification of business visa issuing, to facilitate the movement of businessmen and investors between two countries.

During her visit, the Indian Foreign Minister met the representatives of the Indian community settled in Morocco, a community that contributes to strengthening trade and economic relations and that is acting as a bridge between the two countries.