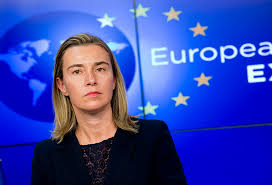 Morocco has decided to resume contacts with the European Union after having rebuffed European institutions following European Court ruling invalidating a farm deal signed with Rabat over Sahara issue.

The move comes few days after the visit paid to Rabat by EU High Representative for Foreign Affairs Federica Mogherini. During this trip, Mogherini voiced the Union’s willingness to address the concerns of the North African kingdom in a bid to restore bilateral cooperation between the two strategic partners.

She also promised to resolve the crisis triggered by the European Court ruling and appealed the court’s decision as the North African country warned the decision could damage bilateral ties.

EU foreign policy chief pledged to protect the global trade pact which lowered tariffs on Moroccan agricultural exports to the bloc, stressing the importance of the EU’s ties with the North African country.

Last December, the European Court partly upheld a challenge to the bilateral 2012 farm trade deal. The court said the EU had not carried out its duties to ensure it considered all aspects of the trade deal, including its impact on the local inhabitants of the Sahara.

Moroccan officials called on the European Union to move quickly to fix the problem to preserve partnership between Morocco and EU. The 2012 trade deal lowered tariffs on dozens of Moroccan agricultural exports to the EU in exchange for scrapping of tariffs on some European exports to the North African country.

The agreement was part of EU efforts to encourage democratic reforms in the region following the Arab Spring uprisings of 2011.The EU has extensive ties with Morocco on trade, political and security matters. Morocco plays a key role in the fight against terrorism and illegal immigration. Rabat has heavily invested in the Sahara to improve living conditions of local population.

King Mohammed VI visited lately the Southern Provinces and launched several development projects in Laayoune and Dakhla, part of a development plan for the region worth over $7 billion.