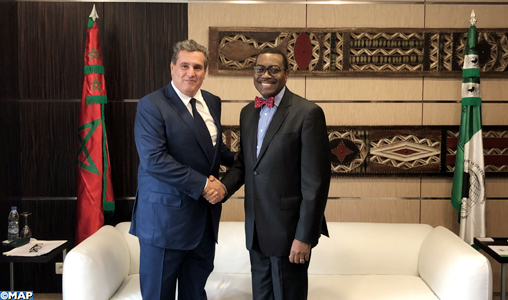 Farming: Morocco-Proposed Triple A Initiative at Focus of Meeting at AfDB 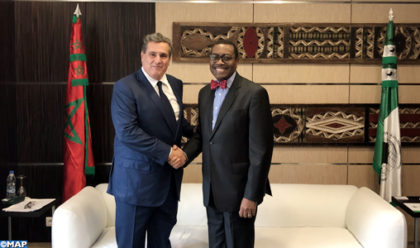 The initiative for the Adaptation of African agriculture, presented by Morocco during the COP22 in Marrakech in 2016 was at the focus of a meeting in Abidjan between Moroccan Minister of Agriculture Aziz Akhannouch and President of the African Development Bank Akinuwumi Adesina.

The AfDB President expressed at the meeting the African institution’s support to the Moroccan action and paid tribute “to the commitment of His Majesty King Mohammed VI for the development of sustainable agriculture in Africa, particularly through this initiative that gives shape to action in this area,” the bank said in a statement.

The triple A Initiative has a twofold objective: to put African agriculture at the heart of climate negotiations, and to encourage the implementation of sustainable solutions, the statement recalled.

The initiative launched on this occasion was designed to restore African ecosystem balance and enable countries of the continent to have access to climate funds to help them in their efforts to adapt small-scale African agriculture and to support the structuring and acceleration of agricultural projects in Africa.

This initiative thus focuses on strengthening the financing capacities of African farmers, via the micro-credit generalization to small farmers, meso-credit development to medium-sized farms and mobile banking solutions deployment.
It is characterized by its pragmatic approach based on the design, implementation and monitoring of bankable projects with accountability for results and impacts on African countries populations.

Morocco proposed the initiative as it realized that the principal victim of climate change in Africa is the agriculture sector, which not only feeds the chronically food-insecure continent, but forms the backbone of its economy and its route out of poverty.