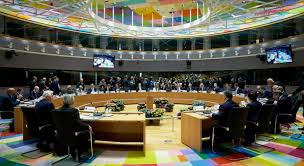 The European Union Monday reaffirmed its commitment to the unity, sovereignty, independence and territorial integrity of Yemen and to further support the UN-led political process.

In the conclusions on Yemen, adopted by the European Council at its meeting Monday, the EU underlines that it welcomes the “Stockholm Agreement” reached between representatives of the Yemeni parties under the auspices of the United Nations in December 2018.

The EU and its member states will continue to engage actively with all the parties to the conflict and are committed to further support the UN-led political process, including through political dialogue with relevant regional actors, with the aim of continuing to produce tangible results, ending the conflict and fostering an improved regional environment, the council says.

The EU reaffirms that only a negotiated and inclusive political solution can end the conflict in Yemen. The EU calls on all parties to maintain their commitment to the UN-led process in view of the upcoming talks, and reiterates that sustainable peace can only be achieved through negotiations involving the meaningful participation of all parties concerned, including civil society, women and youth.

At this critical juncture for the future of Yemen, the Council reiterates the EU’s full support for the UN-led political process and the work of UN Special Envoy Martin Griffiths and of the UN mission to support the Hodeidah Agreement (UNMHA).

The EU has contributed over €560 million of assistance to Yemen since the beginning of the conflict.