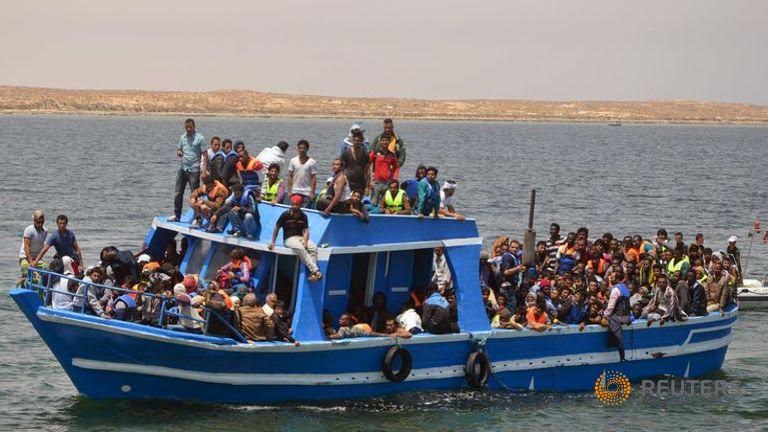 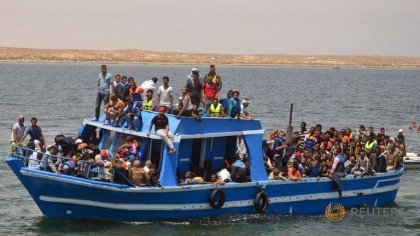 The two rival governments in Libya have reacted to the agreement reached by EU’s foreign ministers to launch a naval operation to combat human-traffickers who have brought thousands of migrants to Italian, Maltese and Greek shores.

The Libyan coast is under the control of the Tripoli government but the internationally recognized government warned that it will strike ships that navigate into the country’s waters without approval.

Shortly after the decision was reached by the EU on Monday, Saqr Al-Jaroushi head of the Tobruk-based government’s air force stressed that “any vessel found in Libyan waters without previous cooperation or permission will be targeted by the air force.”

Tripoli gave a less stern warning with a statement from its Interior ministry pointing out that Libya will not financially contribute to EU’s effort and should there be any operation, it “must adhere to Libya’s sovereignty by asking for approval from the specialized authorities.” The release did not clearly denounce EU plans but lamented the lack of coordination and wants more information regarding the plan as it called for an end to the trafficking.

The EU is planning to seek approval from the two rival governments but some of the coastline is also under the control of the militants loyal to the Islamic State group.

The EU plan will include intelligence-gathering by submarines, warships, drones, and helicopters but it could be extended to cover the disruption of the trafficking business, and to capture and destroy their ships in Libya’s territorial waters.

Europe wants the U.N to support the initiative but the organization is struggling to broker a peace deal between the rival governments.

North Africa Post's news desk is composed of journalists and editors, who are constantly working to provide new and accurate stories to NAP readers.
NEWER POSTSaudi Arabia-France: Paris does not want to be left out of Saudi largesse
OLDER POSTEgypt strengthens naval fleet with U.S and French ships