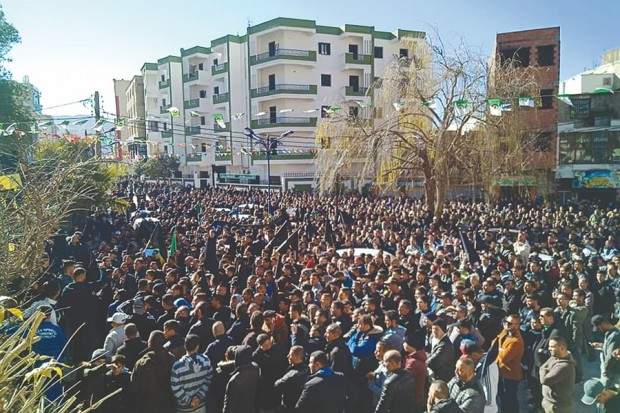 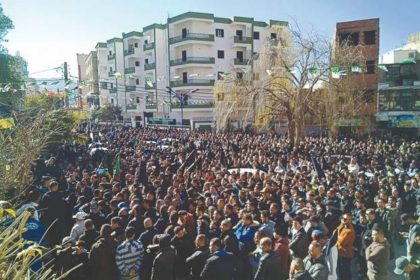 Thousands of Algerian protesters staged demonstrations in several provinces over the weekend to express their opposition to the candidacy of President Abdelaziz Bouteflika for a 5th term in April election.

Mass rallies were organized in the provinces of Bejaia, Khorata, Bordj Bou Arreridj, Tizi Ouzou and other cities. The protesters voiced their discontent and anger over the country’s deep political crisis, mounting social woes and soaring living conditions.

This protest movement was staged by several local cultural, social and human rights organizations. Ailing president Bouteflika, 81, has been in office for 20 years but has rarely been seen in public since he suffered a stroke in 2013.

According to his opponents as well as to several analysts, his health condition makes it difficult for him to carry out his presidential duties as he is confined to a wheelchair and repeatedly cancels official meetings.

Last October, Louisa Ighilahriz, a prominent resistance figure, quitted the upper house of parliament in protest against President Abdelaziz Bouteflika’s plan to run for a fifth term.
“I refuse this because he is not the actual ruler.

Other people are ruling in his name,” she said. “I do not want to play a role that I no longer believe in. The president is sick and unable to run the country. Members of his close circle are really the ones who are ruling in his name, but they are operating behind the scenes,” she added, referring to the President’s brother and senior aide Saeed Bouteflika and to the Chief of Staff Ahmed Gaid Salah.

These two powerful men are suspected to be behind the purge of high-profile security officials and Generals to get rid of all political rivals ahead of the upcoming rocking presidential election.