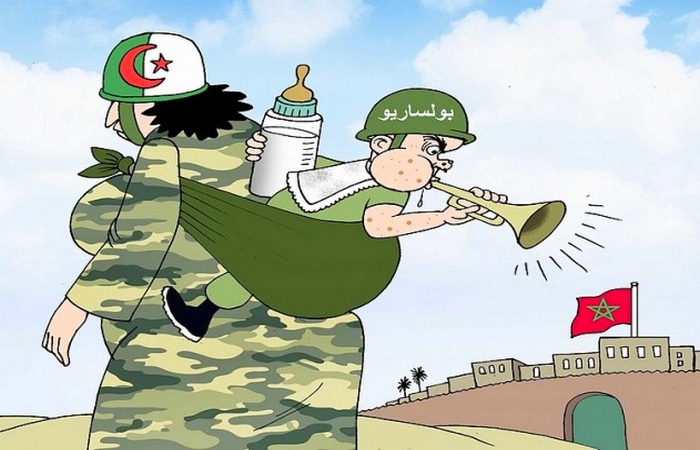 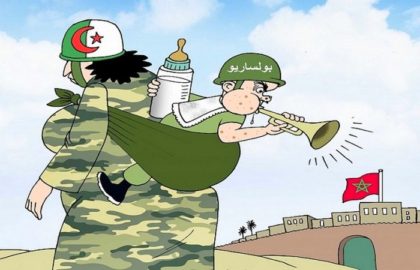 Algeria’s disillusioned diplomacy is apparently resorting to fake news claiming that the SADR separatist entity will be invited to the Africa-EU summit. As it endures setbacks one after the other in its ideologically anachronistic foreign policy, Algeria indulges in terminology games claiming that the African Union and the EU are negotiation to change the appellation of the event into EU-AU Summit in a scheme to impose the participation of its puppet Sahrawi Republic.

The fake news was propagated by Algerian government mouthpiece, Algeria Press Service news agency, which relayed the fallacious statements of its Ambassador in Brussels, Amar Belani, saying that the Polisario will receive an invitation to attend the Africa-EU summit.

Such statements show the short memory of the Algerian diplomacy, which seems not to learn from past mistakes. Contacted by Moroccan based Le Desk news portal, sources within the EU maintain that only countries that are member of the UN are entitled to take part in the Africa-EU summit. No decision has been made to change the name of the event that will be hosted in Abidjan on November 29-30, the sources said.

In obstinately trying to impose the participation of a separatist entity in international events involving Africa and multilateral partners, Algeria is blocking efforts towards Africa’s development. Last month in Maputo, the follow-up meeting of the Tokyo International Conference on African Development (TICAD) was disrupted due to Mozambique authorities, under orders from Algeria, to impose the participation of the Polisario.

In strong worded response, Japanese Foreign Minister made it clear that Japan has never recognized the Polisario’s self-proclaimed republic and deplored the maneuvers of Mozambique authorities in their desperate attempt to give a seat to the separatist entity. The Japanese Minister said he was “astonished” at the Mozambican authorities’ maneuvers to give Polisario officials access to the TICAD meeting through backdoors, deploring that invited delegations, including members of the Japanese embassy, were mistreated by Mozambican authorities.

Algeria faced the same fiasco at the latest 17th summit of the Non-Aligned Movement held in Venezuela in September 2016. Despite the pressure exerted by Algeria and the host country, NAM member states rejected the invitation to the self-proclaimed SADR.

As it feels the heat of Morocco’s return to the African Union, the carpet is gradually pulled under the feats of Algeria. Morocco has always been criticizing the admission of the Polisario within the pan-African organization as an anomaly in contradiction with the international law. This view is also shared by a growing number of African states who see in the Algerian pro-separatist rhetoric an ideological anachronism that aims at manipulating the AU to serve Algiers’ own hegemonic agenda.

Overall, Morocco’s return to the African Union has set the tone for a gradual demise of the Algerian-sponsored separatism in the Sahara as the Kingdom and its friends will act as a bulwark against any attempt to use the pan-African body to simmer tension and instability in the region.

The EU for its part does not recognize the separatist SADR entity. The EU, both at the Union and at member states level, maintains a stance in support of the UN process to find a political and mutually acceptable political solution to the Sahara issue along the lines of UN Security council resolutions, which stress the preeminence of Morocco’s autonomy proposal.

Therefore, Algeria’s attempts to give Polisario militia a seat on an equal footing with EU and African member states at an international event is as pointless as it is unfeasible.

EU Does not Recognize Polisario

Voices are also rising in the EU against the Polisario. The separatist front’s proponents at the European Parliament have recently suffered a new setback with the rejection of an amendment to include a new aid to the Algeria-based separatist group in the 2017 EU draft budget.

Members of the European Parliament (MEPs) decried that it is inconceivable for the EU to continue funding a movement whose involvement in embezzlement and dilapidation is well established, notably following the disclosure in 2015 of a report by the EU’s anti-fraud office (OLAF) blaming the Polisario and Algeria for diverting humanitarian aid.

The OLAF report documents “well-organized, years-long” embezzlement by the Polisario Front of humanitarian aid designated for Sahraouis held in the camps of Tindouf in Algeria. The document states that aid theft “begins in the Algerian port of Oran, where the sorting between ‘what should arrive and what can be diverted’ takes place.”

On the need to undertake a census of the Tindouf camp’s population to determine actual humanitarian needs and bar the road to embezzlers, the report explains that ”One of the reasons that made these diversions possible is the overestimation of the number of refugees and therefore aid provided.”

Recently, MEPs also drew the attention of the European commission to the “inacceptable” imposture by Algeria of a tax on the humanitarian aid sent to the population in the Polisario-run Tindouf camps.

Algeria’s stance in support of separatism in Morocco has been dealt a heavy blow at the legal level. Last year, a European Court of Justice (ECJ) ruling restored the legality of the Moroccan-EU farm agreements after a legal challenge by the Polisairo, saying that the deals “do not concern the Polisairo front”.

Prior to the ruling, the ECJ’s Chief Advocate General Melchior Wathelet explained that the Polisario front is not a legitimate organization for contesting the Morocco-EU trade agreements.
Wathelet contested the validity of the Polisario’s legality to plea at the ECJ, saying that the Polisario is not recognized by the International community as a representative of the commercial interests of the population of the Sahara, although it is considered as a party in the political process to find a solution to the conflict over the Saharan provinces.

Algeria’s push to impose the participation of its puppet the Polisario in multilateral event is evidencing once more that Algiers is a party to the Sahara artificial dispute and not only an “observer” as its diplomats purport. Algeria can no longer hide behind its observer status and should take a seat at the table of negotiations to fully contribute to implementing the UN Security Council resolution. UN Security Council Resolution 2351, adopted last April, has once more reiterated the call on Algeria to uphold its responsibility to allow a census of the population held in the camps.

Algeria continues to fund and support diplomatically and militarily the Polisario militias, which it hosts in the region of Tindouf since the 1970s. The Polisario have been using Algerian territories as a rear base for their guerilla warfare against Morocco until the UN-brokered ceasefire agreement in 1991.

In 2007, Morocco put forward the autonomy initiative after the organization of a referendum proved to be unfeasible in view of disagreements over who is eligible to vote. Morocco offers the autonomy initiative, which has been internationally endorsed as a credible and serious basis for negotiations. The autonomy plan offers the Sahara exclusive powers with regards to managing local affairs within the framework of Morocco’s sovereignty and territorial integrity.

Furthermore, as relic of the cold-war, the Polisario remains obedient and dependent financially and diplomatically on its paymaster Algeria, which uses it to achieve regional hegemony to the detriment of regional stability.

Over the last years, support for the Algerian-sponsored separatist thesis in the Moroccan Sahara has been waning, as 43 countries have withdrawn their recognition of the SADR entity out of 80 that previously recognized it in a Cold War context.

North Africa Post's news desk is composed of journalists and editors, who are constantly working to provide new and accurate stories to NAP readers.
NEWER POSTLibya: ‘Saif Al-Islam can run for presidency if he wants’ UN envoy
OLDER POSTLight at End of Tunnel for Trains ‘Made in Morocco’