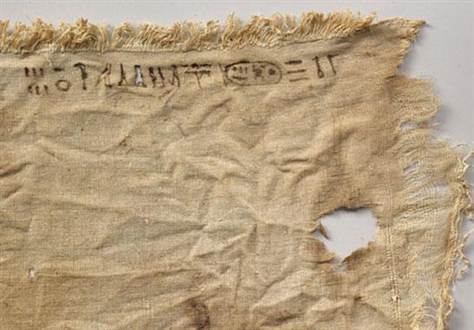 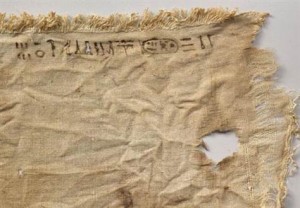 Scientists are turning back towards Egypt’s ancient paintings to develop new technologies and enhance better medical devices.  A pigment know as the Egyptian blue has been considered by the Journal of the American Chemical Society as having clues which can be used by modern scientists towards the development of new nanomaterials with potential uses in state-of-the-art medical imaging devices, remote controls for televisions, security inks and other technology. The Egyptian blue is a bright blue pigment used 5,000 years ago in Egyptian paintings.
The article stated that the ink has some calcium copper silicate in it which can break apart into nanosheets.  It cited that “Calcium copper silicate provides a route to a new class of nanomaterials that are particularly interesting with respect to state-of-the-art pursuits like near-IR-based biomedical imaging, IR light-emitting devices (especially telecommunication platforms) and security ink formulations.” These nanosheets are so thin and that it thousands of it can fit across the width of a human hair. They also produce invisible infrared (IR) radiation similar to the beams use by electronic devices in their communication such as remote controls and TVs, car door locks. The article hopes that these findings will help to “re-imagine the applications of an ancient material through modern techno-chemical means.”
Tina Salguero and colleagues who were part of the team explained that the Egyptian blue, considered as humanity’s first artificial pigment, was used in paintings on tombs, statues and other objects throughout the ancient Mediterranean world. Remnants have been found on several famous paintings and statues dating back to the medieval period such as the statue of the messenger goddess Iris on the Parthenon and in the famous Pond in a Garden fresco in the tomb of Egyptian “scribe and counter of grain” Nebamun in Thebes.