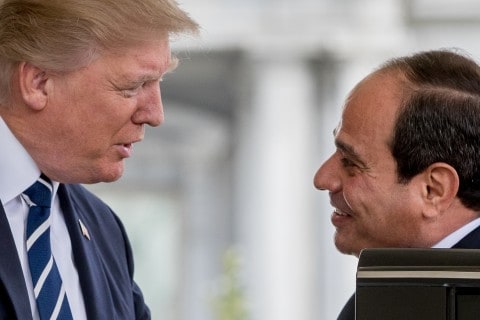 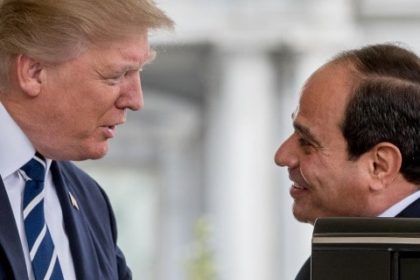 The US Administration has set six conditions to be met by Cairo before it unfreezes the military aid it cut last week, London-based The New Arab reports.

Washington decided last week to delay $195m in military aid to Cairo because of concerns over Egypt’s human rights record, the ratification in May by President al-Sisi of a controversial anti-NGO law, and Egypt’s cozy relationship with North Korea.
The New Arab, citing Egyptian diplomatic sources at home and in the US, revealed that the decision took Cairo by surprise and that contacts with US Congress members and the US administration pointed out that the White House is expecting Cairo to abide by six conditions before the frozen money is accessible again by Egypt.

According to the media outlet, the first condition is the amendment of the anti-NGOs law that renders the work of the charities almost impossible. The sources, who spoke under condition of anonymity, told the media that Washington wants the legislation to be less restrictive in a way that allows US charities to go about their work in Egypt and protects local NGO workers.

As a second condition, the US wants the al-Sisi administration to ease its crackdown on dissent and allow critical political voices to take part in the political life of the North African country.

Since taking power in 2013, hundreds of political opponents and Islamists, mainly members of the outlawed Muslim Brotherhood, have been arrested and jailed following unfair mass trials.

The diplomats said Washington wants Sisi to release left-wing and Islamist prisoners detained in the wake of his takeover of power to “reduce the risk of radicalization”, The New Arab notes.

The diplomats argued that the US is getting concerned over the likely emergence of another Islamist trend, which may erupt as a result of the continued crackdown on the Islamists.

Washington is closely watching Cairo’s foreign policy, which has tilted towards Russia alongside with Cairo’s strong ties with North Korea; one of US global enemies.

“Washington believes that Moscow has done nothing to push Sisi into committing to his obligations towards the US,” one of the diplomats said.
Washington has accused Cairo of supplying Pyongyang with Scud missiles and other military equipment.

The fourth concern, according to the sources, is the “lack of transparency” in Egypt’s fight against an insurgency in the north of the Sinai Peninsula, where an Islamic State group affiliate has killed hundreds of soldiers and policemen, the London-based media reports.

Many proofs have revealed execution of militant suspects and unlawful arrests of civilians in the Sinai, in the name of the fight against terrorism. The US administration wants Cairo to respect human rights.

Washington is warry to see the restive peninsula becoming the next stronghold of the Islamic State group (IS) after it lost Libya, Iraq and on the verge of losing Syria one diplomat told the media.

The fifth condition set by Washington is further involvement of Cairo in the moribund Palestine-Israel peace process and in political crisis in neighboring Libya, the diplomats highlighted.

The US believes that the Egyptian president has failed to change the status quo on the two issues.

And lastly, Washington is expecting Cairo to curb the military’s growing domination of the economy and open up the market for foreign investors to create more job opportunities, the sources said.

The Egyptian military has a long history of its involvement in the country’s economy. The army has built factories, businesses.

The country’s economy is badly in need of foreign investment to shore up the economic crisis, which emerged following the 2011 revolution.