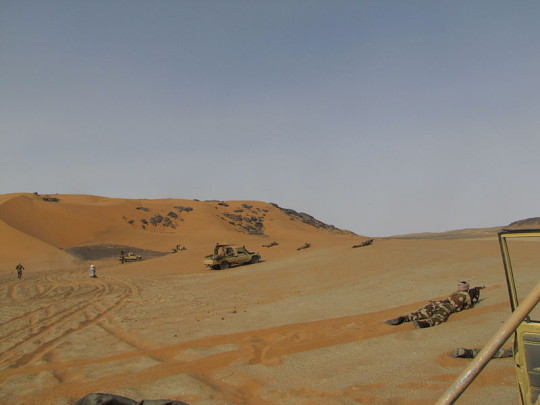 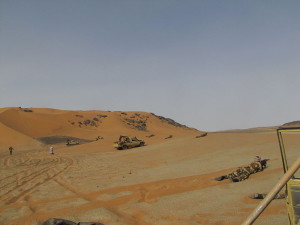 Officials from the United States and Algeria held a meeting in Algiers this February 10-11 to consult on ways to strengthen their cooperation in struggle against nuclear smuggling, the U.S. State Department announced in a press release.
The discussions that furthered a first round of bilateral consultations initiated in January 2012 also addressed border security.
These discussions seek “to explore ways and means to advance capabilities to prevent, detect, and respond to nuclear and radiological material smuggling incidents, consistent with the Work Plan adopted by members of the 2010 Nuclear Security Summit, held in Washington,” the release said.
Deputy Assistant Secretary of State for Nonproliferation Programs Simon Limage attended the two-day meeting where the Algerian side was represented by Director General for Political Affairs and International Security at the Foreign Ministry Taous Feroukhi.
The two sides reaffirmed their readiness to cooperate more closely “to prevent terrorists and other criminals from acquiring black market nuclear material,” and recognized the importance of a coordinated whole-of-government response to nuclear smuggling.
The participants in the meeting “exchanged views and shared information on current smuggling threats and trends, and discussed best practices in the areas of border security, and nuclear detection, nuclear forensics, law enforcement, and other tools to prevent, detect, and respond to incidents of nuclear smuggling,” the release added.
The U.S. officials presented an overview of best practices in border security, and strategic trade controls to prevent the proliferation of Weapons of Mass Destruction (WMD) and illicit transfers of conventional weapons including MANPADS and related criminal activities. They insisted in this regard on the need to strengthen national control systems over the export, import, transit, and transhipment of strategic items.
The Algiers’ meeting “paves the way for future cooperation between the United States and Algeria to strengthen national, international and regional capabilities to counter illicit trafficking of nuclear and radioactive materials,” the State Department said.
According to the Algerian media, which commented that the eventual existence of a nuclear weapons black market at the country’s borders is most frightening, Ms Feroukhi underlined “the importance of regional and international cooperation in the fight against trans-national organized crime.” “trans-national crime represents a threat for the security of all the states of the region,” the Algerian official was quoted by the press as saying.
The Algerian media wondered whether this black market really exists, and if so where the nuclear material comes from and whether it is detained by smugglers or by terrorists, underlining the serious threat such weapons represent if they are circulated in the vast Sahara desert.
One of the commentators wondered if the threat is real or if it is just a preventive measure that would give Washington enough reason to deploy its army in the region for a very long term. However, the commentator noted, after the attack on the U.S consulate in Benghazi, Libya, the attack on the In Amenas gas field in southern Algeria and the most recent assassination of Tunisian opposition figure Chokri Belaid, the Pentagon is in no need to look for more arguments.