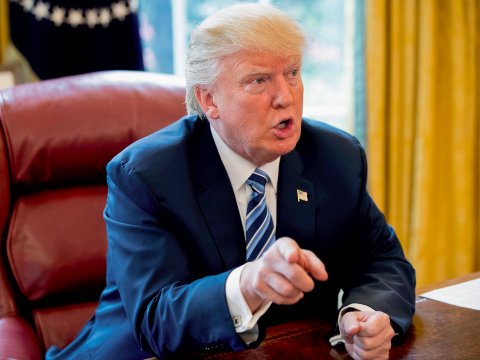 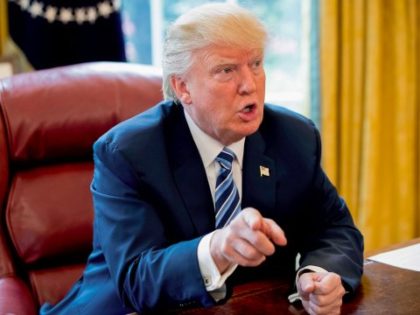 The United States Monday unwrapped a first wave of awaited sanctions against Iran as pressure to force the Islamic Republic negotiate a new nuclear deal that suits the terms of conditions of the White House.
The new sanctions which came into effect, early minutes of Tuesday target Iran’s access to US banknotes and key industries, including cars and carpets, AFP reports.
The sanctions had been much awaited after US President Donald Trump in May withdrew the United States from the 2015 multinational nuclear accord signed between Iran and World powers, during the Obama era.
Trump even before becoming President had promised to rewrite the deal he has said is full of flaws that have failed to contain Iran’s regional plans and to curb its nuclear activities. On Monday the US leader again laid into the pact that he believes is one-sided deal as he it failed to “block all paths to an Iranian nuclear bomb.”
The sanctions will further weaken Iran’s economy at the time the national currency the rial continues its unprecedented downwards collapse. It has lost more than half of its value since May.
If Iran does not succumb to the new sanctions, Washington will in November 5 announce a second of wave of sanctions that will target Teheran’s oil exports. The Trump administration has been piling pressure on its European and Asian allies to stop buy oil from Iran by November 4.
US European allies namely France, Germany and the UK; all of them signatories of the 2015 agreement, have criticized the new sanctions and have refused to abide by the US campaign against the Iranian oil.
“We are determined to protect European economic operators engaged in legitimate business with Iran,” said Federica Mogherini, Chief of the European Union’s diplomacy.
The sanctions increasingly will deter European companies to do business in Iran with the weak Iranian currency which constitutes a business opportunity for companies covered by the European bloc.