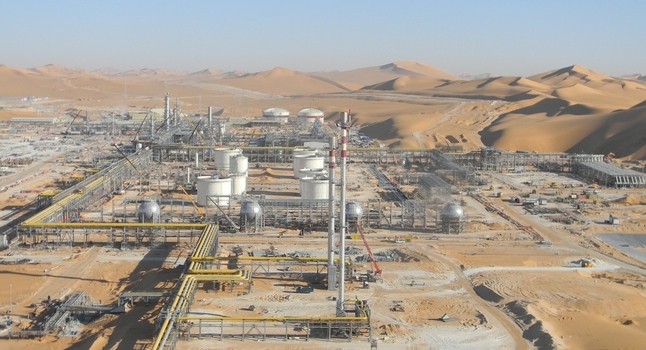 Italian oil company Eni has started gas production in the Algerian Menzel Ledjmet East (220 km southeast of Hassi Messaoud) despite security fears exacerbated following last month hostage crisis that ended in a bloodbath in the North African country.
Indeed, some 40 foreign workers, who were taken hostage by Islamist militants linked to Al Qaeda at a gas plant in the Southern Algerian city of In Amenas, and 29 kidnappers were killed during a military operation launched by the Algerian forces to release the captives and retake the gas field compound.
Despite this tragic event, the Italian giant and the Algerian state-owned company Sonatrach have started production from the Menzel Ledjmet East (MLE) gas field which has a daily production capacity of 9 million cubic meters of gas, 15,000 barrels of oil and 12,000 barrels of liquid petroleum gas.
The Italian company, which has been present in Algeria since 1981, participates in 24 exploration operations in the country and holds licenses to develop several gas and oil fields.
Sonatrach together with its partners Statoil and BP are currently reviewing security at their jointly operated In Amenas gas facility, as well as in other installations in Algeria, after the latest terrorist attack.
The identified slain hostages are from the United States, Britain, France, Japan, Norway and the Philippines.
According to Algerian government, the terrorists, who were killed during the hostage crisis, were from Algeria, Egypt, Mali, Niger, Mauritania, Tunisia and Canada. The terrorist group members, who were heavily armed, came from Mali and entered Algeria through Libya.
CATEGORIES AlgeriaEuropeFeaturesHeadlinesInternational
Share This