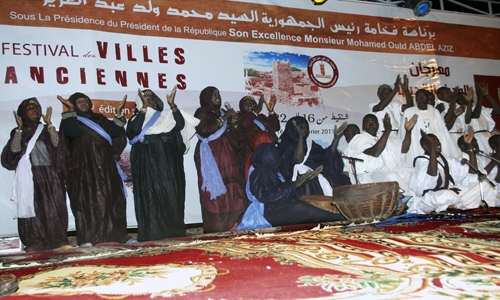 The third edition of the Mauritanian festival of ancient cities has come to an end in the city of Tichitt with a prize awarding ceremony.
Prizes worth 33 million Ouguiyas were thus granted to 25 winners while certificates were handed out to various participants and individuals who have contributed to the success of the festival.
Officials participating in the closing ceremony underscored the cultural and social role of such festivals as they help citizens discover and develop their rich heritage. These events also offer an opportunity to pay tribute to the ancestors who spread Islamic culture, promoted exchanges between cultures and civilizations and transferred knowledge and skills through their caravans.
The festival featured several competitions, including the recitation of the Holy Qur’an and the prophet’s Hadith (sayings), as well as contests in religious sciences and poetry.
Traditional games, camel racing and athletics were also part of the program.
CATEGORIES FeaturesHeadlinesMauritania
Share This