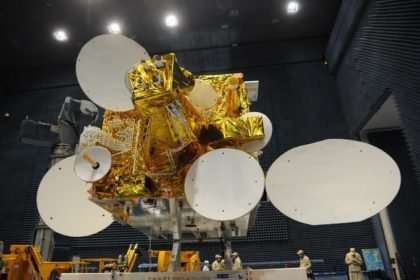 The Algerian Space Agency (ASAL) and the British firm Wisscom Aerospace Ltd have signed a partnership agreement, to boost the national space technology capacities of the North African nation, ASAL said in a statement.
According to the statement, Wisscom Aerospace Ltd together with Spanish company Zero 2 Infinity, specializing in aerospace engineering, will “co-develop space systems as part of the National Space Program launched in 2006”.
The partnership will also help improve the experience of Algerian engineers by enlarging their knowledge in new technology matters and give the opportunity to the multi-disciplinary teams of experts from ASAL, Wisscom Aerospace Ltd and Zero 2 Infinity to share experiences.
Note that Wisscom Aerospace Ltd, based in UK, is managed by an Algerian eminent researcher, Abdou Attou. He was awarded the British Government’s Strategic Aerospace Innovation Award in 2017.
Algeria last year, successfully launched the country’s first telecommunications satellite, Alcomsat 1, from China’s Xichang Satellite Launch Center. The North African nation plans to send several state-of-the-art satellites as part of its space program 2020-2040, which is “under study now,” the director general of the Algerian Space Agency, Azzedine Oussedik, said in December.
Algeria now has six satellites in orbit, placing itself on the same level with Nigeria and South Africa, which has six satellites each in orbit.