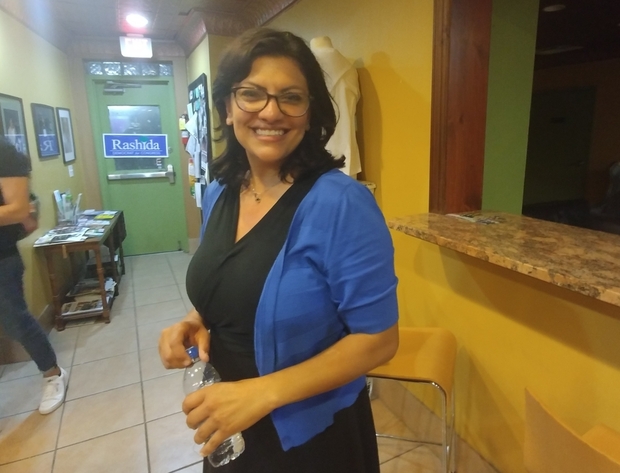 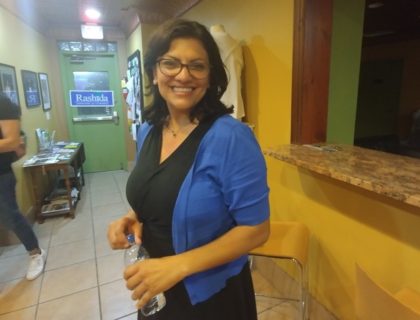 Former Michigan state representative Rashida Tlaib has become the first Muslim woman elected to US Congress after she won a Democratic primary election to represent Michigan’s 13th district.
Running in a crowded field of candidates vying to replace John Conyers Jr, who served from 1965, until retirement last year, Ms Tlaib, the daughter of Palestinian parents, gained 33.6 per cent of the vote following a strong grassroots campaign in which she raised over $1m.
Her nearest rival was Detroit Council President Brenda Jones, who despite wider name recognition and several prominent endorsements, got 28.5 per cent of the vote.
Ms Tlaib was born in Detroit in 1976, where her father had a job at the Ford motor company. She studied politics at Wayne State University, and then law, graduating in 2004.
Rashida Tlaib is the mother of two boys and the oldest of 14 children, born and raised in Detroit. She is a graduate of Detroit Public Schools. Rashida made history in 2008 by winning her race for State Representative and becoming the first Muslim woman to ever serve in the Michigan Legislature.
Rashida served three terms, rising to the Democratic Chair of the House Appropriations Committee, where she restored and secured millions of dollars for free health clinics, lead abatement, Meals on Wheels programs for seniors, before and after-school programs, and education funding.
She authored laws to protect homeowners from fraudulent mortgage bankers and tax preparers and to stop scrap metal thieves from looting Detroit’s abandoned homes and even destroying occupied properties.

Rashida pledged to defend her local constituents’ rights and to stand up to the billionaires and corporations. She also vowed to fight back against the Trump agenda.
She says that economic opportunity – the ability to get a good education, to purchase affordable insurance, to get a mortgage or loan, or even to have safe drinking water – should not be determined by race, religion, ethnicity, or zip code.
A cornerstone of Rashida’s historic campaign for U.S. Congress in Michigan’s 13th District has been the effort to give residents and communities across this diverse working-class district equal access to opportunity.