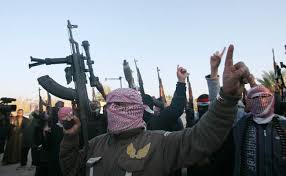 Reports based on foreign sources indicate that the Islamic State is mobilizing forces and planning attacks in Algeria.

According to Algerian local daily “el watan” citing security sources, three Algerians Jihadists among whom Mohamed Merimi alias Mouram Al Djazairi and Abou Al Kacem Al Mouhajir; who all fought in the ranks of IS in Syria have been mandated by the group leader Abou Bakr Al Baghdadi to recruit forces in Algeria.

Libyan security authorities from Tripoli informed their Algerian counterparts that the terrorist group enjoying freeway in Libya is planning to expand its operations and attacks in Algeria and Morocco, the daily said.

According to Abdel Raouf Kara head of a Tripoli-supported militia in charge of countering actions of terrorist groups in Tripoli, intelligence data and interrogations of some IS militants point out that the group is planning to march towards Algeria and Morocco.

“We received intelligence there are less Libyans among IS fighters here. Many of them are Tunisian, Moroccan, Algerian, Nigerian and Sudanese. It is also reported that several have come back from Syria. They are well organized and well prepared for everything. And upon findings of the interrogations of IS prisoners, we infer that next targets will be Morocco and Algeria,” Raouf Kara told Middle East Eye.

IS has released many videos calling Algerians to join the organization.

Algerian security forces have stepped up actions against the group’s militants in Algeria, according to “el watan” which reported that security forces nabbed a 32-member cell end of last week in Boumerdes. Some 21 other members of the terrorist group were also arrested last year, the daily said.

Four women, including Abou Mouram Al Djazairi’s wife, were among the arrested suspects.