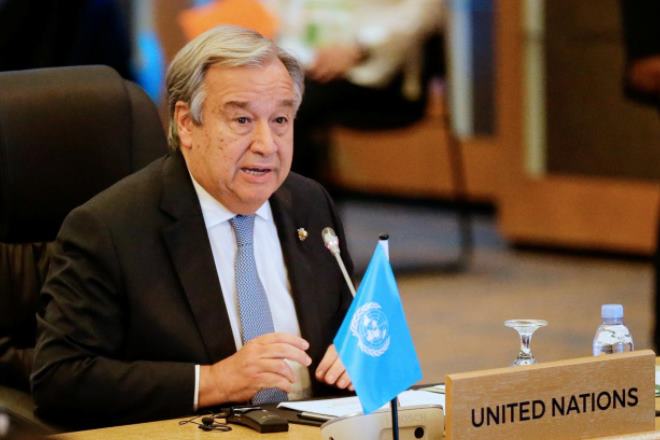 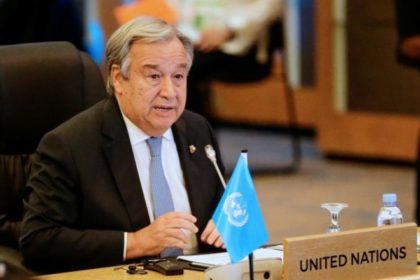 The United Nations Chief Wednesday urged Libyan eastern authorities to surrender the country’s oil installations to Tripoli-based National Oil Corporation (NOC) operating under the wig of the UN-backed Government of National Accord (GNA).

“The Secretary-General recalls, as stipulated in Security Council resolution 2259 (2015), the need for unity of Libyan institutions and the exclusive right of the National Oil Corporation to export the country’s oil,” the UN Chief’s spokesman said in a statement.

“He calls for de-escalation and for the return of all natural resources, their production and their revenues to the control of the recognized Libyan authorities.”

Haftar and his forces last week fought a war to recover Ras Lanuf, Es Sider oil ports seized by rival forces that were in control of critical facilities until September 2016.

Eastern authorities Wednesday said oil revenues will be channeled to a parallel Central Bank in Beida, the seat of GNA’s rival administration.

Eastern government’s spokesman Hatem al-Oraibi said all previous oil contracts would be respected. Eastern authorities had taken the step because oil revenues had been going to “militias and extremist groups”, he was quoted by Reuters as saying.
In September 2016 when Haftar overran the Ras Lanuf, Es Sider and other oil facilities in the east, he put them under the authority of the Tripoli-based NOC.

Head of Tripoli-based NOC Mustafa Sallana Tuesday urged the UN to take action and prevent the rival institution from selling the Libyan oil.

Before Guterres’s statement was released, the United States, France, Britain and Italy issued a joint statement expressing their opposition to eastern authorities’ seizure of the oil facilities. Those who undermine Libya’s peace, security, and stability would be held accountable, the joint statement said.