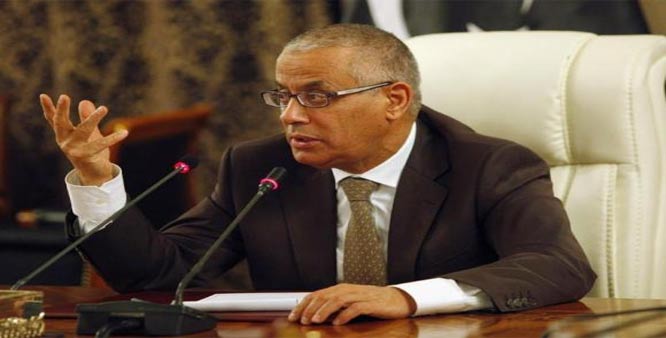 Libya’s President: An “Agreement” Has Been Reached With Militias 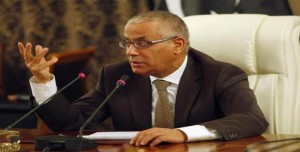 Libya’s militias prolonged to last Friday (February 21) a deadline requiring that the interim parliament step aside or face arrest. The decision came as Libyans were getting ready to vote for a team that would draft a new constitution. Militias, which are formed by former rebels from the city of Zintan, had given the General National Congress (GNC) – Libya’s highest political authority – a deadline to quit by last Tuesday (February 18) impending to seize any lawmakers who failed to conform. Prime Minister Ali Zeidan announced that an “agreement” was reached with the militias extending the deadline by three days to Friday. He told the media that “wisdom had prevailed”.
The mandate of the government should have expired this month but it was extended by another year. Many Libyans are dissatisfied that both the government and the parliament should be in the power by then. Thursday’s poll (February 20) marked the most recent milestone in the confused transition after the 2011 subjugation of the country’s former strongman Gaddafi, but it has also triggered off little eagerness among Libyans who are frustrated by the government’s impotence to impose order on the rebel groups that aided to dispose him.
During more than two years since Gaddafi was caught and killed, former rebel groups, many of them armed with heavy weapons, have carved out fiefdoms throughout the country. Many refused government calls to disarm or to join the armed forces. The ultimatum from the Zintan militias was also censured by many other rebel brigades, civil society groups, and political parties, which demonstrated their support for the elected government. Among the militias issuing the ultimatum were for instance Al-Quaaqaa or Al-Sawaiq, two of the most forceful and mightiest. They are both devoted to the regular Libyan army. The newly appointed constitutional panel will be responsible for deciding key issues like forming Libya’s new system of government, drafting the status of ethnic minorities and determining the role of the role of the sharia in the society.