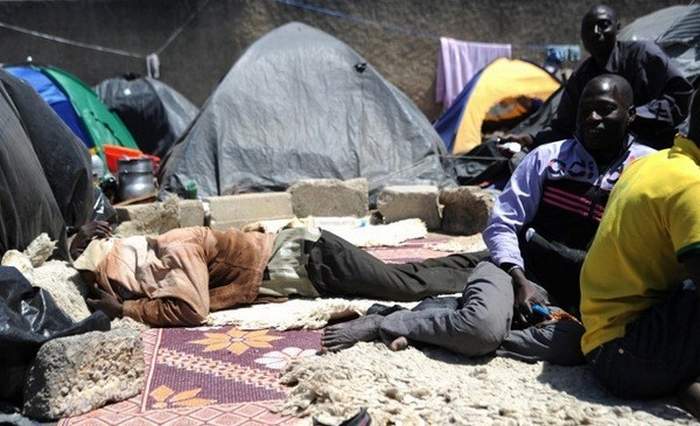 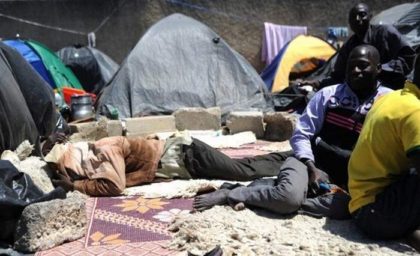 Human Rights Watch rebuked Algeria for deporting Sub-Saharan migrants in inhumane conditions, and in many cases without considering their legal status in Algeria or their individual vulnerabilities.

“Algeria has the power to control its borders, but that doesn’t mean it can round up people based on the color of their skin and dump them in the desert, regardless of their legal status and without a shred of due process,” said Sarah Leah Whitson Middle East and North Africa director at Human Rights Watch.

The NGO posted a detailed report on its website based on stories told by migrants who were rounded up with dozens and sometimes hundreds of other sub-Saharan migrants, on the streets, during nighttime raids in neighborhoods where migrants are concentrated, or at their work places.

The arbitrary expulsions by Algerian authorities have also affected those migrants on legal stay in Algeria and asylum seekers who had a certificate from the United Nations High Commissioner for Refugees (UNHCR).

The interviewed migrants said they have suffered violence by Algerian authorities who took their money and possessions, adding that the “the summary expulsions also separated families.”

From January 1 to May 18, the International Organization for Migration (IOM) said it had rescued more than 7,000 migrants of various non-Nigerien nationalities expelled at the Niger border. The agency also said that, in 2018, it had registered 22 convoys carrying 9,037 citizens of Niger – 3,008 women and 6,029 men – expelled by Algeria.

On May 22, the UN Office of the High Commissioner for Human Rights called on the Algerian government to “cease the collective expulsions of migrants.”

The Associated Press agency also published this week a report on Algeria’s hostile policy towards Sub-Saharan migrants, stating that Algiers has abandoned more than 13,000 people in the Sahara Desert over the past 14 months, including pregnant women and children, expelling them without food or water and forcing them to walk, sometimes at gunpoint, under a blistering sun.

“Some never make it out alive,” said the news agency, which conducted the report in the Assamaka border village in Niger where surviving migrants cross the border on foot in heat as high as 48 degrees.
The agency also published appalling photos of the expelled migrants.