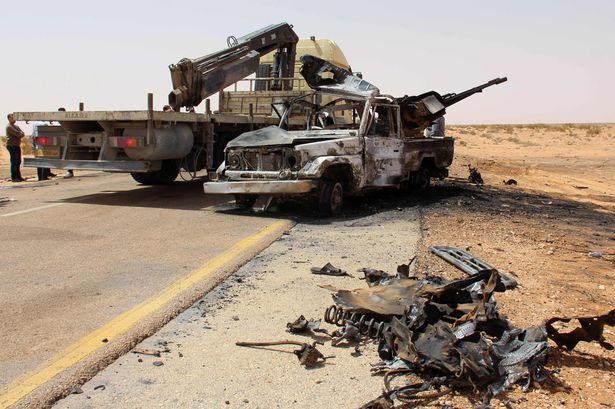 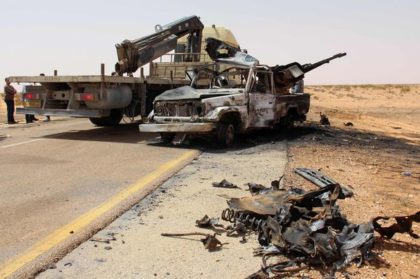 Forces loyal to the UN-sponsored Libyan unity government have intensified assault on the Islamic State militants in Sirte in an attempt to dislodge the fighters still holding firm in the coastal city.

Air-strikes and shelling resumed sporadically on Tuesday as Misrata powerful militia loyal to the Government of National Accord (GNA) pushes further into late Muammar Gaddafi’s hometown that the terrorist group turned into its regional command center.

The Tuesday shelling and airstrikes targeted militants’ positions in the city center and their logistics hideouts, the spokesperson of the militia said.

“Our forces have…targeted militants with artillery and air force around Ouagadougou complex, Ghiza Asskariya district, and in the city center,” said Rida Issa.

The upsurge in forces’ attack follows loss of the momentum few weeks ago. The take-over of the town which started in May slowed down after militants resorted to suicide attacks, use of explosives, and snipers to push back the regular forces.

One militia fighter was killed and 20 were wounded in the Tuesday fighting. The IS group lost 13 fighters.

Since the beginning of the campaign, more than 200 fighters were killed while the number of injured is put at more than 500.

IS entered Libyan in 2014 as result of power haggle among Libyan opposed camps. It took control of Sirte last year, manning its airport and port. Western countries fear the terrorist group would smuggle militants among illegal migrants setting off from Libya’s coasts to Europe.

UN-backed GNA birthed in December in Morocco has made chase of IS and takeover of the coastal city one of its top priorities.