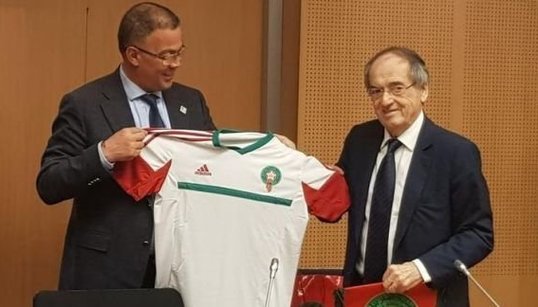 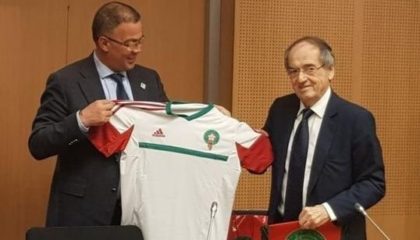 Noël Le Graët hailed bonds between the North African country and France, in an address at the headquarters of the French Football Federation (FFF) in Paris, while he was receiving his Moroccan counterpart Faouzi Lekjaa.

Former French President has also voiced support to Morocco’s bid for the organization of the 2026 World Cup, saying the kingdom is ready to host the event.

Morocco is ready to organize the 2026 World Cup, said former French President François Hollande earlier this week. François Hollande was visiting Morocco to take part in a conference-debate on “Culture, a Peoples’ Cement” hosted by the Mohammed VI Museum of modern and contemporary Art in Rabat.

“The candidacy of Morocco for the organization of the 2026 Football World Cup is a very good application that I strongly support,” said Hollande in a statement to the press on the sidelines of the conference-debate.
“I have every confidence in this candidacy and France will be on your side,” he said, considering that Morocco has the best record for the organization of the 2026 World Cup.

Morocco has embarked on an international campaign to promote its bid for the world’s largest soccer event in 2026.

Morocco faces staunch challenges coming from the three-nation ticket of the United State, Mexico and Canada.

A team of FIFA experts will visit the kingdom in April to take a look at promises made by the committee. It will later return to the North African country in June (6-7) to assess the preparations before the best bidder is picked up on June 13 during a congress in Moscow, Russia.