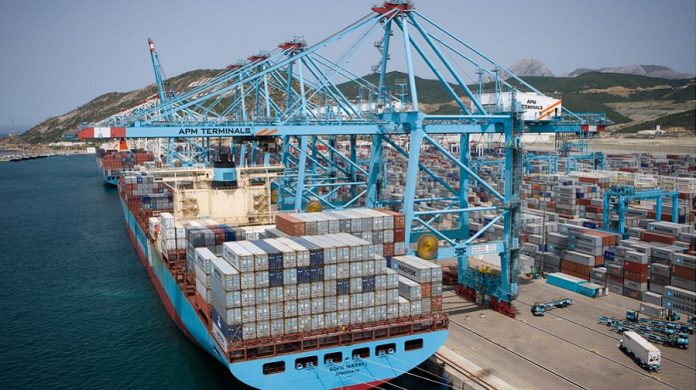 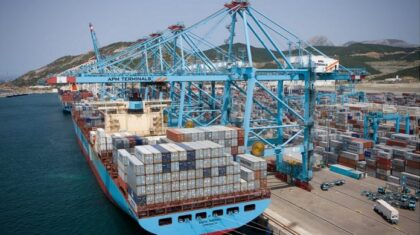 The Northern Moroccan port climbed up to the 35th world position from its former 46th standing, according to latest “Lloyd’s Listing” and “Container Management”, which publish the top 120 ports in the world out of 500 ports that have a container activity.

Tanger Med becomes the 1st container transshipment port in the Mediterranean and confirms its leadership for the 3rd consecutive year as the leading container port in Africa, says a press release issued by the Tanger Med Port Authority.

Last year, Tanger Med port handled 4.8 million containers, making the best progress in the top 50 with a growth of + 38%.

At the international level, Tanger Med succeeded to outperform the port of Panama Canal (Colon), as well as ports of Seattle and Savannah (USA), Felixstowe (UK), Santos (Brazil), Mundra (India), and Vancouver (Canada).

This achievement confirms the growing interest of the major global maritime operators in Tanger Med as a major logistics platform. Moreover it demonstrates the strong synergy among all the partners of Tanger Med Community: concessionaires, liners, administrations and port authority who jointly work daily to optimize vessel calls and to provide ships with international standards.

“Lloyd’s List” and “Container Management” are international rankings that publish annual rankings of world ports for more than a decade.