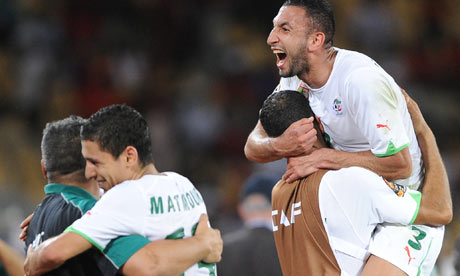 Algeria not going as tourist to CAN 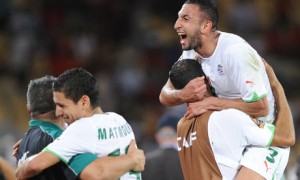 In a fornight before the African Cup of Nations (CAN) kicks-off in South Africa, the national coach of the Algerian football team has spoken about his team’s ambitions in the upcoming continental tournament. Coach Halilhodzic assured the Algerian people that the desert foxes will be representing the country to the utmost level despite uncertainties surrounding his group prior to their first game.
Shortly before their departure, the Serbian national said in a press conference that “we will do everything to properly represent Algeria in CAN-2013. We are not going there as tourists. We are going with a lot of ambition and determination to achieve the best possible outcome.” He was also conscious of the fatigue concerning players and added that “there are many uncertainties”.
Despite the difficulty of the mission, the coach remains calm and optimistic and expects to achieve a good surprise for CAN-2013 although the absence of several key players might affect the team’s performances. The coach maintained that he is optimistic but said that “it will not be a big surprise if we eliminated the first round” before assuring that his team will give its 100% performance on the pitch.
The coach departed with a list of 23 players to which he admitted that it wasn’t an easy task to do. “For a month I have not slept, it is not easy to select 23 players to participate in the African Cup of Nations” but added that there might be “changes in the event of an injury or cases of indiscipline.”
The team will be playing two friendly matches with South African league clubs before it begins its tournament campaign in the same group with Ivory Coast, Tunisia and Togo. Ivory Coast lost to Zambia in last edition’s final.