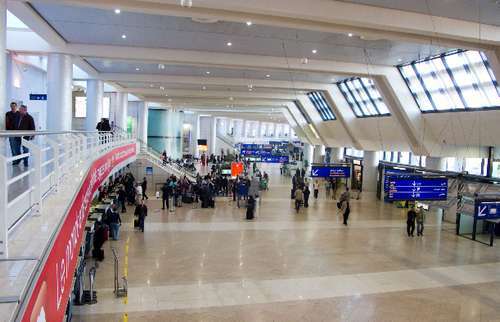 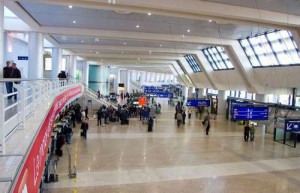 Algerian authorities are planning to build a new Terminal at the Houari Boumediene international airport in the Algerian capital to keep pace with soaring air traffic and passenger growth.
Construction work is set to begin in 2014 and expected to be completed by 2018. This project to cost over $ 425 million will be carried out by Spanish construction company Pointec and its Algerian partner BET Llewlyne BREA.
The new terminal, to be built on a 65 hectare area, will be able to accommodate up to 10 million passengers per year, in addition to giant aircrafts such as the Airbus A380.
The current international terminal, which was inaugurated in 2006, has a capacity of handling six million passengers per year, 5000 car parking spaces, a taxi stand, a boarding area of 27,000 m², and 16 passenger gates.
Air transportation experts say the facility’s capacity of handling growing number of passengers and air traffic will be stretched out and will reach saturation by 2018.
The construction of a new terminal is part of the infrastructure projects worth $156 billion planned by Algeria in various key sectors such as transportation (road, rail and air), housing, public works, drinking water…