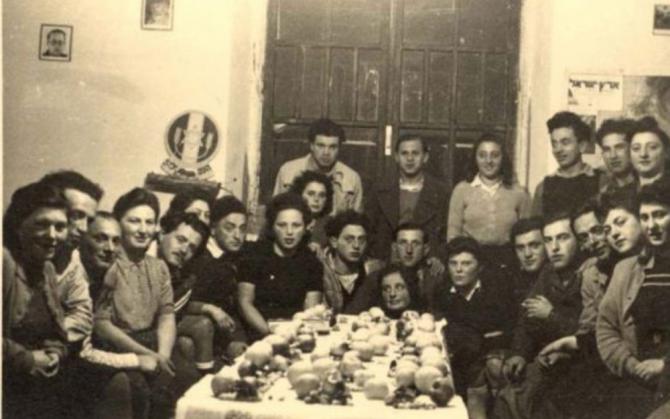 ‘Algeria once had 140,000 Jews. Algeria, where are your Jews?’ The question was raised by Hillel Neuer – an outspoken defender of Israel and frequent critic of the United Nations Human Rights Council (UNHRC). Neuer’s query was met with silence.

The primary reason for the departure of Algerian Jews is, of course, that some 850,000 Jews were driven out of nearly a dozen Muslim countries in the 20th Century. Today, in many of the Muslim countries that endangered and expelled Jews, it is Christian populations that are now shrinking dramatically. Like the Jews before them, they are fleeing because their lives are increasingly at risk.

Today only an estimated 200 Jews remain in Algeria. They are marginalised by the Islamist state which also discriminates against its Christians – particularly those who are converts from Islam. Today about .04 per cent of Algerians identify as Christians; Jews represent less than .01 per cent.

For centuries, across Middle East and North Africa, the largest Muslim communities have been Sunni. Meanwhile, Shiites were (generally speaking) less warlike and devoted to a quietest form of Islam. That changed after the 1979 Iranian Revolution, after which the new Islamist regime strove to ‘export’ a newly energised and militant form of Shiite Islam. Although Sunni Islam remains numerically dominant in Algeria, in recent years the country has come under the shadow of Iran’s dogma. As Morocco World News reported in December, 2021:

Algeria has been an instrument of power for Iranian campaigns to export destruction and instability to North Africa, as it did in Yemen and Syria. Algerian intelligence’s close coordination with Iranian and Hezbollah officers represents a present danger to Arab and American interests. Algeria has long been complicit in the Iranian government’s grand plan to destabilise Sunni regimes. It has chosen to remain silent on Tehran’s atrocious record of violence and mayhem in Yemen, Syria, and Lebanon. Now, Algeria is using the banner of the Arab League to attack other Arab nations and support the Mullahs’ incursion in the Maghreb and the African Sahel….

Iran’s hostility to Israel – and their assumption that every Jew represents the Jewish State – has long made Jews a primary target for abuse and persecution. Meanwhile, Iran is repeatedly listed among the world’s top ten worst persecutors of Christians in the world. And things went from bad to worse when Iranian diplomat Amir Mousavi served as Iran’s Cultural Attaché in Algiers.

The Foundation for Defense of Democracies (FDD) reported in 2018, when Amir Mousavi announced he would leave his position [as cultural attaché] after almost four years in Algeria, that ‘The announcement followed accusations by Algerian activists and former officials against the Iranian diplomat over his alleged role in recruiting thousands of Shiite Muslims in Algeria on behalf of Iran.’ FDD added: ‘Mousavi’s departure highlights Iran’s persistent and unwelcome attempts to expand its influence in North Africa. Before his 2014 appointment, Mousavi was reportedly an Iranian intelligence agent as well as a brigadier general affiliated with the Islamic Revolutionary Guard Corps (IRGC). He also previously served as an Iranian cultural representative in Brussels and Sudan, and is known as a defender of pro-Iran Shiite militias such as Hezbollah in Lebanon and the Popular Mobilization Forces in Iraq.’

Although Amir Mousavi himself is no longer present in Algeria, Iran’s ideology remains a force to be reckoned with in the country. It is even rumored – although unverified – that for a time Algeria quietly retained the services of Hezbollah to train the Polisario militia.

In dramatic contrast, several other largely Sunni states – and notably Algeria’s neighbour Morocco – have moved in the opposite direction, away from radical Islamist ideology. In 2020, Morocco, United Arab Emirates, Bahrain and Sudan normalised relations with Israel, making a powerful break – and a clearly defensive move – away from Iran’s aggressive triumphalism, and ‘Death to Israel’ mentality. Unsurprisingly, across Algeria, this normalisation is widely viewed as abhorrent, and those who applaud the ‘Abraham Accords’ as treacherous.

As for Algeria’s Christians, laws regulating non-Muslim worship ban anything that would ‘shake the faith of a Muslim’ or be used as ‘a means of seduction intending to convert a Muslim to another religion.’ Consequently, Christians are acutely vulnerable to prosecution under blasphemy and proselytising charges. Since 2017, the Algerian government has ordered the closure of 20 Protestant churches under Ordinance 06-03, which prohibits non-Muslim organisations from establishing places of worship without authorisation. Arrests, imprisonment and crippling fines continue. But far worse are the violent and unchallenged abuses suffered by Christian converts – particularly women and girls – at the hands of their families and clans.

In April, the United States Commission on International Religious Freedom (USCIRF) called for Algeria to be placed on the U.S. State Department’s Special Watch List (SWL) as ‘a country where the government engages in or tolerates “severe” violations of religious freedom.’

Considering the antisemitic nature of radical Islam, and Iran’s influence on Algeria, it is unsurprising that only 200 Jews remain in Algeria. Meanwhile, with today’s ever-increasing pressure on the ‘Sunday People,’ another question may soon be raised at the UNHRC: ‘Algeria, where are your Christians?’

Lela Gilbert is a Fellow at Hudson Institute’s Center for Religious Freedom and the author of Saturday People, Sunday People: Israel through the Eyes of a Christian Sojourner.