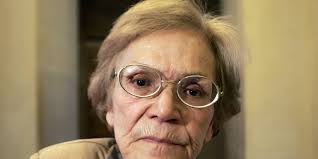 Algerian Louisa Ighilahriz, a prominent resistance figure, has announced her resignation from the upper house of parliament, citing her opposition to President Abdelaziz Bouteflika’s plan to run for a fifth term in office in 2019.

“I refuse this because he is not the actual ruler. Other people are ruling in his name,” she told Algerian media, noting that her credibility before the people “pushed her to quit this charade” at parliament.

“I do not want to play a role that I no longer believe in. The president is sick and unable to run the country. Members of his close circle are really the ones who are ruling in his name, but they are operating behind the scenes,” she added, making reference to the President’s brother and senior aide Saeed Bouteflika and to the Chief of Staff Ahmed Gaid Salah.

According to press reports, these two powerful men are believed to be behind the military purge carried out to retain control as the president braces for another election mandate.

Mme Ighilahriz, 82, is a writer and a former member of the Front de Libération Nationale (FLN). She was born in Oujda, eastern Morocco, to a Berber family and her family moved to Algiers in 1948. She joined the FLN under the codename Lila to work as a courier, smuggling information, weapons and bombs across Algiers in bread baked by her father.

On 28 September 1957 while traveling with a FLN party, Ighilahriz was ambushed by the French paratroopers at Chébli and captured.