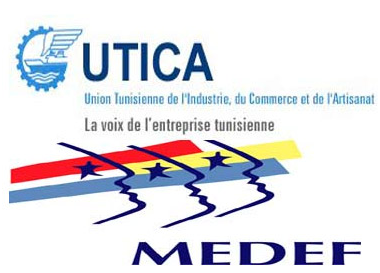 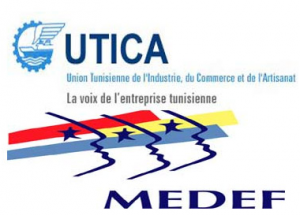 France is looking forward to increasing its presence in Tunisia as a delegation from the Movement of French enterprises (MEDEF) heads for a two day visit beginning on Wednesday. The delegation of more than a hundred enterprises among them the president of the Chamber of Commerce and Industry International is headed by Jean Burelle, president of MEDEF international.
Some are already active in Tunisia although others are interested in investing there for the first time. On this occasion, a meeting will be held on 29 November at UTICA, with Prime Minister Hamadi Jebali and key ministers in charge of economic issues. They will also meet conect.
In preparation for the visit, joint working groups were formed to cover six important sectors namely the massive projects of the state, new technologies in information and communication, mechanical, electrical and electronic industries, tourism and services, agriculture and agro-industry, training and human resources. These groups met several times to review the sector, assess its competitiveness, analyze international competition in Tunisia and around the world and make proposals to the Tunisian government on areas of improvement in order to allow the private sector to develop in the best possible conditions.
The visit will also serve as an opportunity for both companies from both sides to exchange to share their projects, but also to learn about the ongoing reforms and future on the evolution of the business environment and conditions exercise, and take hold of the new economic priorities of the country.
The delegation is composed of actors in firms, small and medium enterprises with their domains varying from tourism, healthcare, banking and insurance, technology, IT, agro-industry, aerospace, energy, engineering, transport and logistics, planning, construction, training and human resources consulting firms and lawyers.