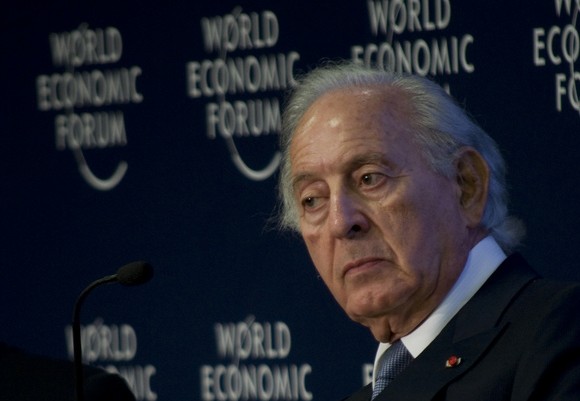 The election took place during the Annual Arab Banking Conference held in Beirut, Lebanon, November 16-17 under the topic: Economic Stability at a Time of Uncertainty.
Another Moroccan, GPBM director general El Hadi Chaïbaïnou was elected member of the UAB Board of Directors for a three-year term.
Othman Benjelloun, born in 1932, is the son of Haj Abbas Benjelloun, a rich Fassi who built up his fortune from the import-export trade during the French protectorate (1912-1955). After graduating from l”Ecole Polytechnique Fédérale de Lausanne, Othman Benjelloun returned to Morocco in 1959 and started working with his older brother Omar who had diversified family assets by investing in steel, aluminum, automotive assembly, etc..
During the 1960s and 1970s, he weaves a vast network of international alliances with major global companies like Volvo, General Motors, Goodyear and Westinghouse. In 1988, he bought la Royale Marocaine d’Assurances (RMA), an insurance company founded in 1949 by ten nationalists, including his father, for € 300 million. In 1995, thanks to the returns of RMA, he bought the BMCE Bank, (Banque Marocaine du Commerce Extérieur), one of Morocco’s major banking institutions, when it was tendered for privatization. A few months later, he is elected president of the GPBM.
Under his leadership, the BMCE develops alliances with prestigious international financial institutions such as Japanese Nomura and German Commerzbank.
Benjelloun, who features one of the biggest fortunes in Morocco, is also, chairman of Finance.com, a holding company operating in banking and banking related sectors, insurance (RMA Watanya), telecoms, media and technology, and industry. In 1999, he joins, as associate, Telefonica and Portugal Telecom. He acquires the second mobile phone license in Morocco for one billion €, and creates Meditelecom, that he chairs since 2005.
Later on, he bought packages of shares in the Moroccan holding SNI and became the holding’s largest shareholder.
He then started exploring the banking market abroad and acquired 35 percent of Bank of Africa, the third largest banking group in the West African Economic and Monetary Union (UEMOA). In 2007 he created MediCapital Bank, a financial institution in the heart of London.
The Moroccan businessman and polytechnician is counselor at the Washington-based Center for Strategic International Studies, a public policy research institution dedicated to analysis and policy impact, and counselor at the International Centre of Geopolitics, chaired by Dr. Henry Kissinger. He is also a “Fellow” of King’s College of London.
In 1998, Benjelloun was appointed by the late King Hassan II Chancellor of Al Akhawayn University, located in the Moroccan mountainous resort of Ifrane. During his tenure up to January 2004, he endeavored to raise the standards of the University, dedicated in 1995, so that its graduates be part of the international academic elite.
Being sensitive to the Moroccan people’s economic and social problems, Othmane Benjelloun set up the BMCE Bank Foundation, to which he assigned two priorities: education, particularly the fight against illiteracy in rural areas and environmental protection.
The foundation, chaired by his spouse, Dr. Leila Mezian, an ophthalmologist, launched the Medersat.com program dedicated to the construction and management of rural community schools across the country. The program is both an ambitious and a realistic response to a major problem that weighs heavily on Morocco’s development and social cohesion. Actually over 50 percent of Moroccans are illiterate and the percentage is significantly higher in rural areas. BMCE Bank Foundation, in partnership with Public Authorities, private and public institutions, both national and international, seeks to build 1,000 rural community schools and to define a comprehensive model of integrated education for sustainable development that gives each rural child genuine opportunities to be educated and to become a community development officer.
According to the 2012 calculations of Forbes magazine, Othman Benjelloun’s personal fortune amounts to $2.3 billion, ranking second biggest fortune in Morocco after Miloud Chaabi ($ 2.9 billion) and ahead of Anas Sefrioui ($ 1.6 billion).
Othman Benjelloun was awarded the Alaouite Wissam. He is also Commander of the Royal Order of the Polar Star of Sweden and Commander of the National Order of the Lion of Senegal. He is equally President of the Union of Maghreb Banks and founding member of the World Union of Arab Banks. In June 2008, he was crowned in Paris “Arab Banker of the Year 2007”.
Othman Benjelloun is father to two children.