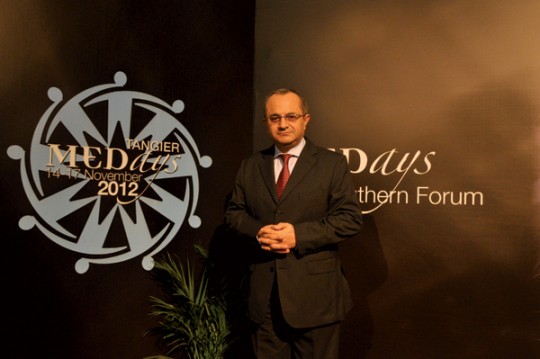 Is Regional integration in Africa a Utopia or a feasible project? 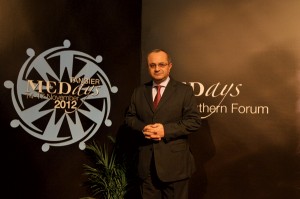 Regional integration in Africa is a dream that has been cherished for decades, and more precisely since 1961, when the African founding fathers met in Casablanca and laid the cornerstone of the first Pan-African organization, the Organization of African Unity (OAU).
Now is regional integration in Africa a utopia or a feasible project? The question was posed by Brahim Benjelloun-Touimi, Managing Director of BMCE Bank during the fifth edition of the annual international MEDays forum, held in Tangiers November 14 to 17under the theme “the imperative of a new world order”.
The regional integration utopia caught on around the continent and African countries later on started planning how to merge the eight regional economic communities (RECs) existing at the four corners of the continent, Benjelloun-Touimi said while he was making a presentation before the forum.
He recalled that the ultimate goal was actually to move from free trade zones to customs unions, from regional customs unions to a continental customs union and then establish an African Common Market and why not an African Monetary Union.
The dream has not come true yet, but the BMCE Managing Director expressed optimism as to the possibility to materialize the utopia project.
“Oddly enough, this is a time of creative and founding utopia, which is the only way to create a proactive entrepreneurial, economic, political and social order and consequently crystallize and realize a shared vision of sustainable development,” he said.
Such a sustainable development can address the major challenges facing the African continent, inter alia: enable African countries to record an  inclusive growth that will help them reduce inequalities and eradicate poverty, create jobs for a young impatient and demanding population, support emerging middle classes in meeting their needs and entrench the rules of a genuine  representative democracy, away from extremism and populism, he argued.
Acknowledging, however, that the total GDP of the 54 African countries only represents 3 percent of global GDP, and that this $ 2,000 billion African GDP amounts to a little more than India’s GDP and a little less than Brazil’s, the BMCE bank Managing Director said in this complex context, African countries need to show a strong political will and associate in their integration endeavour public authorities that guarantee national interests and, along with them, local governance entities, as well as  multilateral agencies, development-oriented bilateral financial institutions, and the regional, national and trans-national private sector.
Benjelloun-Touimi who underscored the need to accelerate the process of regional integration, said in order to keep alive the creative utopia, it is imperative to encourage, all across Africa, the setting into motion of new forces, new actions and new initiatives of regional integration.
To this end, the speaker said, African countries should address three major issues, namely join energies, beyond borders, to fill in the gaps mainly in matters of infrastructures (transport, communications), energy, water etc.
After he pointed out that $100 billion per year are required for this purpose up to 2020, he suggested that African countries agree to earmark a percentage of the national, regional and continental GDP to be invested in infrastructure development.
The second major issue to be tackled by African countries is to improve the business environment and to promote the spirit of entrepreneurship, as this is the only way to attract intra-African and foreign investments and to generate jobs.
He recalled in this regard that the Doing Business Index of the World Bank illustrates the complexity of regulations and the shortcomings of the judiciary system in most African countries that hamper the creation of enterprises. Doing Business index should represent the basis for national public policies, he argued.
The third issue that the BMCE bank CEO described as crucial is related to investment in human resources. In this digitalisation age, it is necessary to open digitalization prospects to African youth and to African countries. This is an exceptional opportunity for African countries to leapfrog stages of development, he said
Regional initiatives need to be taken to invest in Massive Open Online Courses. “a network of alliances through  knowledge”, mustering universities, institutes, research centres, businesses from the South, the North, from Africa and abroad, as the idea was promoted by Switzerland in the Francophone world, would join human and financial resources to work out curricula with value added content, he said.
Benjelloun-Touimi also underlined the importance of financial integration as a means to speed up regional economic integration. He likewise underscored the need to promote public-private partnership as it can greatly contribute to stimulate economic growth and promote a sustainable development that is socially equitable and regionally balanced in favor of all the components of the continent.
According to the BMCE bank Managing Director , besides Asia, Africa will undoubtedly be one of the two continents of the 21st century and will surely succeed its regional integration, which is not a mere utopia by a feasible project.