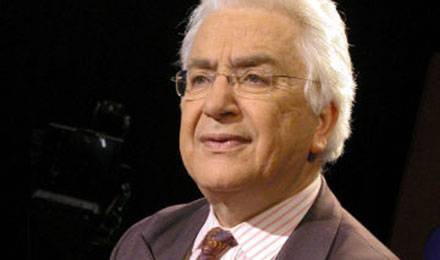 A website dedicated to the thought of Islamologist Mohammed Arkoun Launched 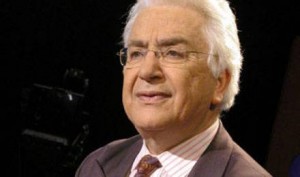 A website dedicated to the work and thought of Mohammed Arkoun, the Algerian thinker, philosopher and renowned scholar of Islam, who died in 2010, was launched last week in Casablanca by the foundation bearing his name.
The site of the “Mohammed Arkoun Foundation for Peace between Cultures” is a free online library of over 230 hours of interviews and conferences on Islam and almost 10 hours of video and a series of the thinker’s unpublished texts.
The site, accessible at www.fondation-arkoun.org, also comprises a biography of the late Professor Emeritus at the University of Sorbonne Nouvelle (Paris), the entire bibliography of the author and a photo gallery.
According to his widow, Touria Yacoubi Arkoun, a Moroccan, the aim behind this project is to keep alive this monumental work, to which he has devoted his entire life. “His work is a legacy to humanity. It must be known and preserved for future generations,” she says.
The Casablanca-based Mohamed Arkoun Foundation for peace between cultures says its objective is to preserve the personal library of the thinker and to set up a research center open to scholars from around the world and more broadly to spread and promote the thought of the late scholar in Morocco and around the world.
The Foundation has instituted “a Mohammed Arkoun PhD Fellowship” worth £ 25,000 offered by the London-based Institute of Ismaili Studies, where the late Arkoun had taught. The scholarship, covering four academic years, is intended for researchers in Islamic studies in connection with the work of the thinker. An Iranian researcher has been the first beneficiary of the scholarship.
Also, a “Mohammed Arkoun Prize” created by the foundation is awarded every two years to reward the best research on the work of Arkoun.
Born in 1928 in Greater Kabylie (Algeria), Mohammed Arkoun studied in Oran and Algiers before going to Paris where he became in 1956 tenured professor of Arabic language and literature. In 1968, he obtained a PhD in philosophy. Mohammed Arkoun has taught at several universities throughout the world including in Europe and the United States.
He devoted a large part of his research to “applied Islam” – a concept that he worked out in reference to the applied anthropology of Roger Bastide. It is a critical school of thought that tried to revive what has been unthought-of in the history of a religion, a culture or a people.
Renowned thinker and advocate of dialogue between cultures, Mohammed Arkoun was member of the jury of the Aga Khan Award for Architecture and of the UNESCO Prize of Education for Peace. In 2003, he was awarded the Ibn Rushd (Averroes) Prize. Mohammed Arkoun died on September 14, 2010 in Paris and was buried in Casablanca.
Two years after his death, the famous thinker still arouses enthusiasm.
Last October 31, his last book, The Human Construction of Islam (ed. Albin Michel), was presented in Casablanca. While the organizers were expecting 30 to 40 attendees, some 200 people flocked to the premises where the event was taking place and many could not find a seat.
“Your enthusiasm spurs further my resolve to do the utmost so that my late husband’s thought be available to you in every possible way,” wrote his widow in a release she posted on the foundation website after the book presentation event.

North Africa Post's news desk is composed of journalists and editors, who are constantly working to provide new and accurate stories to NAP readers.
NEWER POSTSocial networking or the democratization of information.
OLDER POSTEgypt: School meal programmed supported by Vodafone