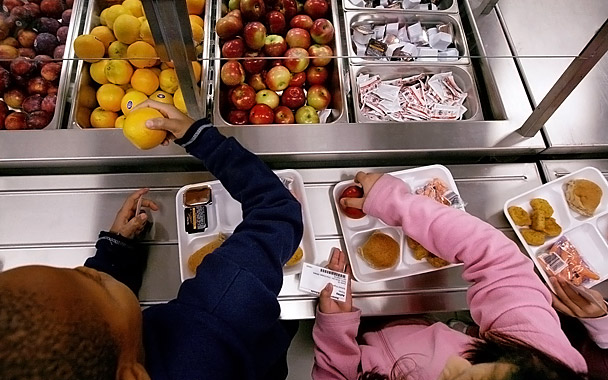 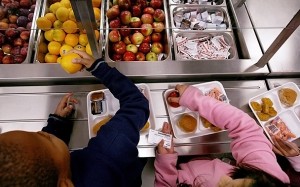 In order to encourage parents to put their children in school as early as possible, the World Food Program (WFP) has signed for a second time a partnership agreement with Vodafone Egypt. Wanting more Egyptians to benefit from the program, Vodafone has given $USD 1 million. This sum is planned to nourish 75 000 people, mainly school children and their families. The project is to give children a snack at school which is fortified with vitamin A and iron that are known to help fight short-term hunger, allowing the student to have a better performance at school. It also aims to train 300 teachers on nutrition awareness activities. The WFP Egypt program’s representative thinks that a good nutrition is what will help “children realize their full potential”. Since the child takes home a ration for the family it will serve as an “incentive for their parents to send them and keep them in school.” Since this ration corresponds to 20% of a family’s monthly food budget, parents have preferred sending their children to school over work. The chairman of Vodafone Egypt Foundation Mohamed Henna believes that promoting education through food is a good way to “get rid of the vicious circle of illiteracy and poverty for the community.” One of the UN Millennium Development goals that are wished to be achieved by 2015 is the improvement of the quality of education. That is why Vodafone’s chairman believes that combating child labor will help rise school dropout rates which will “ensure the success of the project”. This program is mainly meant for an important amount of people residing in underprivileged areas of Upper Egypt and will cover 899 schools around the areas of Sohad and Assiut governorates.

North Africa Post's news desk is composed of journalists and editors, who are constantly working to provide new and accurate stories to NAP readers.
NEWER POSTA website dedicated to the thought of Islamologist Mohammed Arkoun Launched
OLDER POSTMorocco: Quality of healthcare to be increased