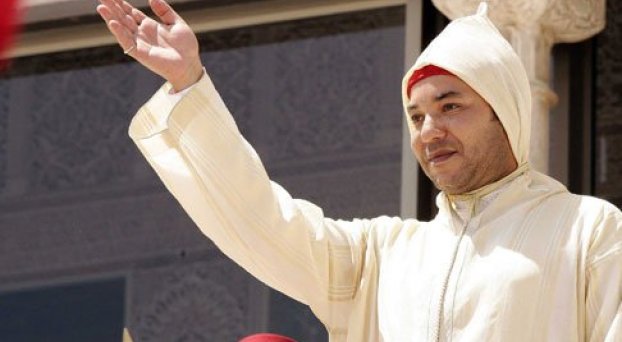 Morocco’s King Mohammed VI called on Wednesday for more social justice and stressed the need to see to it that all Moroccans benefit from their country’s wealth.

The King who was delivering a speech on the occasion of the 15th anniversary of his enthronement, said that despite the tremendous progress scored at the democratic and political scales as well as at the levels of human rights, infrastructures, economic evolution, and human development, it is not sure that all these achievements had had a direct impact on Moroccans’ living standards.

He acknowledged candidly that social disparities still persist saying “while there has been significant progress in Morocco, the facts on the ground indicate that not all citizens have benefited from this wealth. During my field visits, I have noticed signs of poverty and vulnerability, as well as acute cases of social inequality.”

Since the enthronement of King Mohammed VI in July 1999, Morocco embarked on deep reforms that embraced several realms including the social sector with the launch as early as 2005 of the National Initiative for Human Development (INDH,) a development project meant primarily to alleviate poverty in rural areas, alleviate social exclusion in urban areas, and alleviate extreme vulnerability. Although the project enabled tens of thousands of households to get out of precariousness and exclusion, it still falls short of the expected results as implied by the King in his speech wherein he wondered, “are we making the right choices? What things need to be speeded up? What others should to be reconsidered? What major projects and reforms ought to be launched?”

The Moroccan sovereign who pointed out humbly that “if a person thinks that he or she is always right, or that he or she does not make mistakes, then surely this will be a recipe for conceit and erring,” said “we must all ask ourselves: Have the accomplishments and the real progress made had the desired, direct impact on Moroccans’ living conditions? Does the Moroccan citizen – irrespective of income, social status or place of residence, whether in urban or rural areas – feel that he or she is indeed better off as a result of the major projects implemented and the reforms introduced?”

“By asking such questions, our aim is, in fact, to constantly improve efficiency and find the best ways to enable all Moroccans to benefit from achievements on an equal footing,” the King said pointing out that “the Moroccan development model has reached such a level of maturity that it is possible for us to adopt advanced, precise standards to assess the effectiveness of public policies and determine the extent to which they have a tangible effect on the citizens’ lives.”

In order to assess the situation properly and accurately, King Mohammed VI called in this regard on the Economic, Social and Environmental Council to carry out a study of Morocco’s total wealth between 1999 and the end of 2013.

“The objective of the study,” he explained, “is not only to highlight the value of our country’s intangible capital, but also to make sure intangible capital is used as a key standard in the development of public policies, so that all Moroccans may benefit from their country’s wealth.”

“By assessing the state of the nation, we can gauge the progress made, using all standard mechanisms for that purpose,” he said, adding that the aim is also to devise more effective public policies.

Expressing hope that the study will come up with an objective assessment of the situation as well as practical recommendations in this regard, he urged the government, parliament, all institutions concerned and key players in society to study these recommendations and to implement them.

After he pointed out that pundits, both Moroccan and foreign, recognize the significant progress made in various areas in Morocco during the past fifteen years, he recalled that the World Bank has confirmed these achievements and indicated that “Morocco’s total wealth has increased significantly in recent years, thanks in particular to the substantial growth of its intangible capital.”

Intangible capital is one of the latest internationally agreed standards for measuring the total wealth of countries and companies, he explained, adding that during the 1990s, intangible capital became an essential constituent of wealth. In 2005, it was formally adopted by the World Bank as a standard benchmark.

Intangible capital refers to constituents of wealth that are not taken into account by conventional financial approaches.

The reference here is to the measurement of a country’s historical and cultural heritage, its social and human capital, the confidence it inspires as well as its stability, the quality of institutions, innovation and scientific research, cultural and artistic creativity, the quality of the environment and so on.

“Security and stability, for instance, are the cornerstone of production and the creation of wealth. Similarly, trust and credibility are key ingredients to boost investment,” insisted King Mohammed VI.