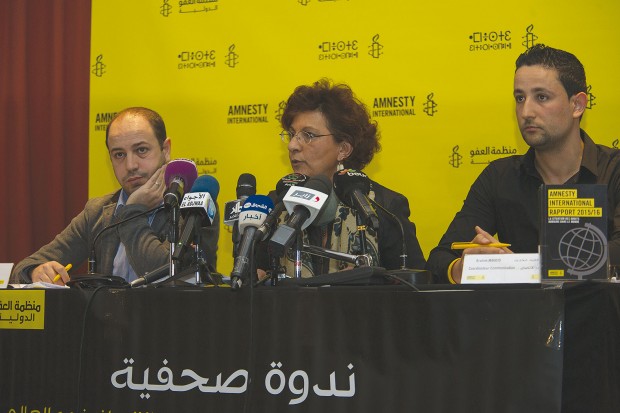 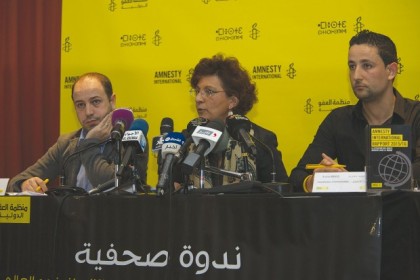 Amnesty International lashed out at Algerian authorities in its human rights annual report presented Wednesday because of their persistent refusal to let UN experts investigate human right abuses and because they granted immunity to the authors of the grave crimes and tortures cased during the internal bloody war of 1990s.

“The authorities persisted in their refusal to allow visits to Algeria by some UN human rights bodies and experts, including those with mandates on torture, counter-terrorism, enforced disappearances and freedom of association,” the report says.

Algerian authorities have maintained state control on human rights and have attacked any one daring to speak against regime.

On all those aspects, the Algerian regime is severely slammed for doing nothing to improve its records.

The annual report indicates that over the year 2015, the State brutally handled gatherings and protests by activists and people claiming their rights. The report for instance explained that members of the National Committee for the Defense of the Rights of the Unemployed (CNDDC) were handed prison terms of between one and two years.

The report also highlights government attempts to restrict freedom of association and determination to muzzle organizations and associations that fail to fall in line with government code of conduct.

“Associations seeking legal registration under Law 12-06, including Amnesty International Algeria, were left in limbo by the authorities, who failed to respond to registration applications.” the report says.

Commenting on the report, Amnesty International Algeria local Director Hassina Oussedik charged Algerian authorities for closing eyes on heinous and grave crimes committed during Algeria’s darkest history period of 1990s. For her the national reconciliation immunity granted in the new constitution to authors of grave crimes rolls back victims’ right for justice and reparation.

“The authorities continued to fail to investigate thousands of enforced disappearances and other serious human rights violations and abuses, bring perpetrators to justice, and provide effective remedies to victims’ families,” the report adds.