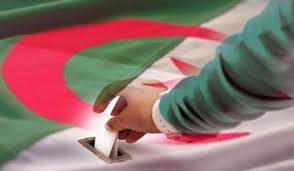 Retired army General Ali Ghediri Saturday announced his intent to run for the 2019 Presidential elections, becoming therefore the first candidate for the much-awaited elections amid national puzzle whether incumbent and ailing leader Abdelazziz Bouteflika will be competing again for the top job, for the fifth time.

The following day, Ali Benflis, former Prime Minister and president of Talaie El Hourriyet announced his candidacy for the April poll if the central committee of his party decides to participate in the election.

Ali Benflis said he sent, on Sunday (January 20), to the Minister of the Interior a letter announcing his “intention to constitute a candidature file for the election to the Presidency of the Republic”.

Benflis had said last November that if the elections were to take place in April as announced, then there would be two possibilities for the Algerian people: “an incredible, huge opportunity to see our country evolve, move towards a democratic system and build sound and genuinely representative and democratic institutions,” or choose the second option that is “the absolute unknown, the total opacity.”

Ali Benflis, 75, was Head of Government from 2000 to 2003. In 2003, he became the general secretary of the National Liberation Front party. Benflis ran for the 2004 and 2014 presidential elections, that were both won by Abdelaziz Bouteflika.

Announcing his candidacy Saturday, retired army General Ali Ghediri, 64, told the local media he decided to take up ”this major challenge… which involves questioning, without any taboos, the established order.”

Ghediri retired in 2015. He, in recent weeks, made multiple appearances in prominent media, and criticized speculation that the polls might be postponed and Bouteflika’s mandate extended, saying he expected the army to stop any such move.

According to AFP, he received quick push-back form the defense ministry “which threatened to go to court if rules on the conduct of former military officers were breached.”

Would-be candidate have until March 4 to submit their candidacies.