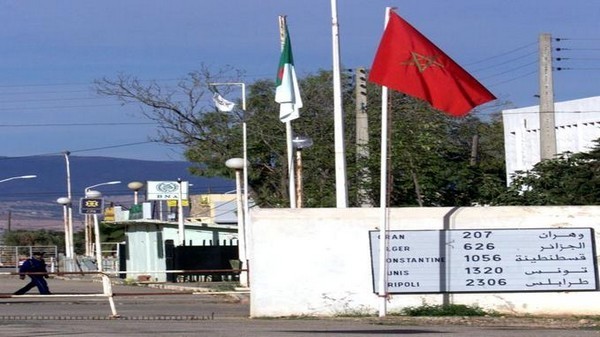 The Roots of the Moroccan-Algerian Discord: Historic Rights vs the Inviolability of Colonial Borders 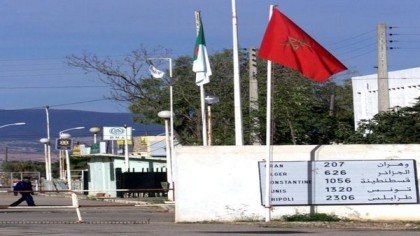 Following the Moroccan Monarch’s speech on the occasion of the Green March, a recurrent spat sparked in the Moroccan and Algerian press reflecting the increasing tension between the two countries. Yet, the causes of the Morocco-Algerian discord remain largely misunderstood, because most analyses on the issue focus on the symptoms rather than on the deep roots of the dispute between the two most populous countries in the Maghreb. While many observers like to posit that Algeria’s support for the separatist Polisario front is the source of all bilateral rows with Morocco, the deep causes of the antagonism between the two countries lie deep in the colonial legacy that left huge territorial imbalances penalizing Morocco and Tunisia in favour of Algeria.

After emerging from their independence struggle, Morocco and Tunisia were well aware that Algeria acquired its geographic extent at their expense and were hoping that an independent anti-colonial Algeria will repair the territorial injustices caused by colonialism. However, history took another course with the takeover of the army commanders in Algiers and the subordination of politicians. All the promises given by the political leaders of the Algerian provisional government prior to Algeria’s independence were renounced including the promise given to Morocco’s King Mohammed V to negotiate the borders in gratitude for Morocco’s support for the Algerian resistance and the Kingdom’s refusal to negotiate the status of the borders with France. Right after independence the omens of territorial consolidation began to manifest itself in the revolutionary military commanders that emerged as Algeria’s kingmakers. Thus, Tunisia was propelled to give up its territorial claims and signed an agreement recognizing the post-colonial borders with Algiers, while skirmishes took place with Morocco over the region of Tindouf. This low-intensity war in the early 1960s opposing Morocco and Algeria, known as “Sand war”, ended with a military victory for Morocco. However, the Kingdom fell short of retrieving what it deems historically Moroccan lands.

By refusing to negotiate the post-colonial status quo, Algeria moved from the logic of anti-colonialism to defending the colonial legacy under the guise of the principle of “the inviolability of borders inherited from colonialism.” It was no coincidence that Algeria was a staunch defender of this principle which it tried to uphold at the Organisation of African Unity, now dubbed African Union. In seeking to maintain colonial borders, Algeria aimed at asserting legitimacy over the large swathes of lands it inherited from France, partly because it is difficult to define a pre-colonial Algeria with the same extent of its current borders. Algeria thus moved from an anti-colonial policy to a territorial acquisition policy to the detriment of its neighbours.

On the other hand, Morocco considers itself a nation-state that experienced a centuries-old state-building process interrupted only for a short period during the colonial era. Morocco deems that it was heavily penalized during this colonial era. For Morocco, the inviolability of colonial border is a sham principle that does not fit with the country’s history as a sovereign state that did not wait for colonial power to define it. As a sovereign country before the imposture of the French protectorate, accepting the border principle that Algeria defends so adamantly would result in Morocco remaining in bits, as it was divided by two colonial powers. Thus, if we apply the Algerian border logic to Morocco, we could have spoken of the state of northern Morocco, the state of Sidi Ifni and the state of western Sahara as they were all Spanish colonies, this in addition to the international zone of Tangier (that was under the joint administration of France, Spain, Britain, Portugal, Italy, Belgium, the Netherlands, Sweden and, even for a short time, the United States) and the state of central Morocco that was a French protectorate.

Morocco’s decolonization experience was different from Algeria’s in the sense that it sought decolonization as part of the larger undertaking of restoring the Kingdom’s territorial integrity. The launch of the Green March in 1975, followed by the regaining of parts of the area known in the UN jargon as Western Sahara, is actually part of a process of perfecting the country’s territorial integrity. Four years later in 1979, Morocco signed an agreement relinquishing claims to Tindouf, while hoping that Algeria would support Morocco’s sovereignty over Western Sahara in return. Yet, none of that happened.

Strikingly enough, the very retrieval of Western Sahara by Morocco sounded the alarm bell for Algerian military junta who saw in the move an attempt to revive the aspirations for a “Greater Morocco,” an idea that resounds in history referring to an era where Moroccan dynasties ruled Mauritania, northern Mali and most of western Algeria. The very Moroccan logic permeated by the principle of historic right is a matter of concern for Algeria. To discredit the idea of “Greater Morocco” which is embedded in history, Algeria supported the Polisario’s separatist claims adding to the principle of the inviolability of colonial border another principle: “self-determination.”

By perpetuating the Western Sahara dispute through generous hand-outs to the Polisario coupled with military and diplomatic support, Algeria aims at maximising the political, financial and military cost to Morocco with the hope of seeing the Kingdom relinquish its history-based claims to the land. By maintaining the Sahara dispute based on the assumption that the Western Sahara is the last colony in Africa, Algeria merely defends its own legitimacy as a state whose borders are drawn by colonial powers with no precedent in history. Perpetuating the status quo in the Sahara also serves as a means to thwart Morocco’s ambitions to regain the large swathes attached by France to Algeria in light of the non-ratification of the 1979 border agreement by the Moroccan parliament.

As long as the Western Sahara issue remains open, the larger territorial dossier remains a tinder box waiting to explode, thus hijacking the ambitions of millions of Maghreban citizens to an integrated region where borders can be a mere issue of administrative sovereignty instead of being a potential front line.