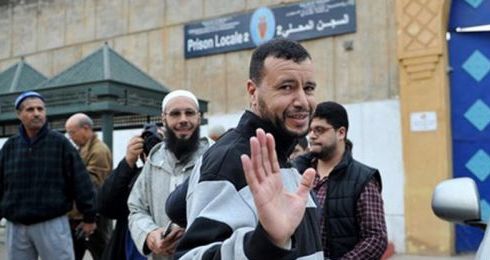 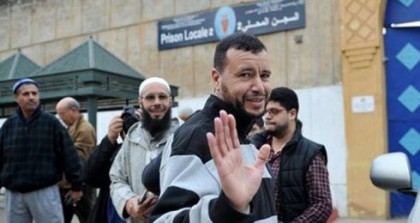 “The court is charging Chekkouri with the crime of infringement on the internal security of the state and referred the case to the investigating judge. Now the case is in his hands,” Idrissi said.

After all terrorism charges against Younes Chekkouri had been dropped, he is now facing another law suit for putting state security into jeopardy by Rabat’s Chief Prosecutor.

He was released early last week after spending five months in jail.

“After several sessions, we requested his temporary release and the judge accepted this release. Chekkouri is now free but after he spent four months or more in Sale prison,” Idrissi said.

“We expect the process to continue but in a positive direction for Chekkouri to get his full freedom,” Idrissi added.

Chekkroui was handed over to Moroccan authorities in September last year after he spent 14 years in the American controversial prison on the Cuban Island.

He was captured in 2001 by Pakistani forces near the border with Afghanistan and was moved to Guantanamo in 2002.

In 2010, he was cleared for release after American authorities found no charge against him.

Back home in September last year, Moroccan justice nabbed and threw him into prison for belonging to a terrorist organization.

Also on Tuesday, American President Barack Obama laid out his plan to close down the shameful Guantanamo prison, a closure he held out as Presidential promise when seeking power in 2008.

President Obama described the detention center as a shame on America’s reputation and reason for terrorists to hate America.

“I don’t want to pass this problem on to the next president,” President Obama said.

“For many years, it’s been clear that the detention facility at Guantanamo Bay does not advance our national security. It undermines it,” Obama said.