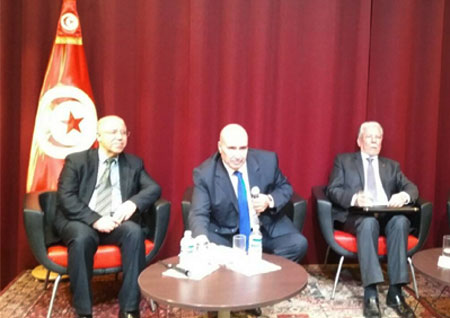 Tunisia haunted by mafia of terrorists and smugglers, FM 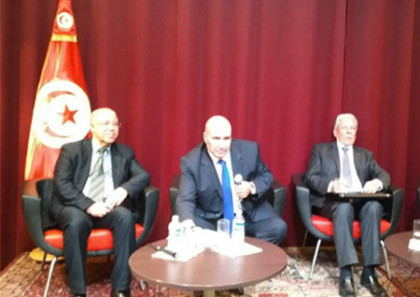 Tunisian foreign minister said Saturday in Paris that security is deteriorating in his country because of combined activity between terrorists and traffickers and called for an international coordinated response to the threatening surge in terrorism.

It is “a Mafia made up of terrorists and human traffickers,” Taieb Baccouche said at a debate organised by Tunisia’s General Consulate in Paris on the theme “the fight against terrorism and extremism is a collective responsibility.”

For Tunisian Foreign Minister, the fight against insecurity has become complex as the traffickers are protected by terrorists.

Baccouche added that lack of legislation addressing the case of Tunisian returnees from Libya and Syria and lack of economic development in the country are compromising the fight against terrorism, pointing out that the youths of disadvantaged regions are an easy prey to terrorist groups.

Stressing the need to join efforts to combat terrorism, he announced that Tunisia will participate in a Foreign Ministers’ meeting in Brussels to discuss cooperation prospects in the fight against terrorism.

In a separate report, Tunisian interior ministry announced Saturday they arrested five people in connection with the killing of the teenage shepherd who had been beheaded by two terrorists several days ago in Mount Mghilla.

They beheaded the sixteen year old shepherd and handed the head to his fellow herdsman to give it to his family.