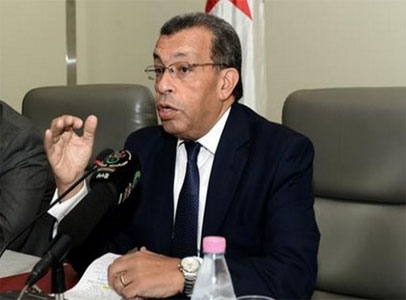 A day after Prime Minister Abdelmalek Sellal stated that the economy was going through a difficult juncture and stressed the need to adopt a long term growth vision, Finance Minister Abderrahmane Benkhalfa told the parliament that taxes and import duties could be increased and energy subsidies could be removed and that vigilance is required in the budget management.

Benkhalfa who was presenting the 2016 draft budget to the parliament on Sunday stressed that public spending has to be controlled because oil and gas revenues have fallen by 50% to around $34billion while foreign exchange reserves have been gradually decreasing and would reach $121billion by December 2016; an equivalent of 23 months of importation.

Algeria’s reserves were more than $200 billion two years ago. However, the total expenses on subsidies will increase by 7.5%. Actually while energy subsidies are to be reduced, food, transport, housing and public health subsidies will be increased, as this subsidy policy has helped Algeria to avoid social disturbance and curb political demands.

Lakhdar Benkhellaf, a deputy for the opposition Islamist party Justice and Development Front, warned that it is “a dangerous law” because the citizens will pay for the deficits and inflation will also increase.

Customs’ National Centre for Data Processing and Statistics (CNIS) stated that the country’s trade balance for the past ten months has a deficit of US$10.825 billion against a surplus of US$4.29 billion during the same period in 2014.