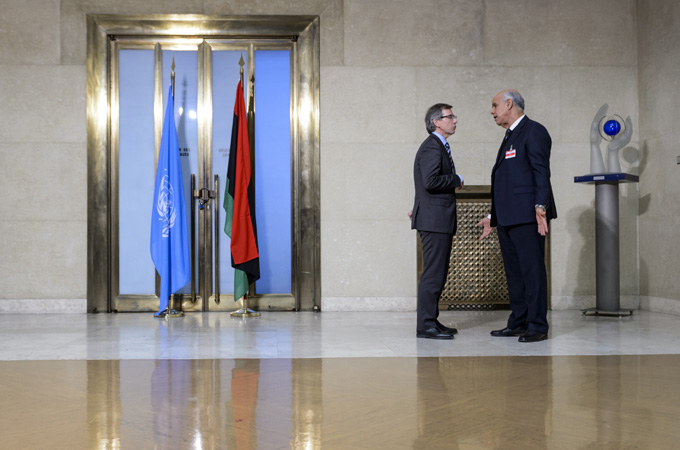 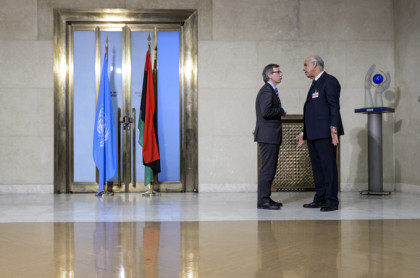 An agreement has been reached by Libya’s two rival governments barely 48hours after talks began in Geneva. An agenda geared towards a consensual national unity will be formed by the two governments to end the fighting that has forced more than a million away from their homes and left tens of thousands of people dead.

In a statement released by the U.N, delegates from the two camps showed “unequivocal commitment to a united and democratic Libya governed by the rule of law and respect for human rights.” The North African country turned into a lawless country after the fall of the Gadhafi regime. Authorities that tried to run the affairs of the country had been challenged by militia groups. Some of the armed groups in the country have pledged allegiance to ISIS.

The internationally recognized government was forced to abandon Tripoli for Tobruk after a coalition of Islamist militias known as Libya Dawn took over the capital and set up its own government and parliament.

The statement however failed to make mention of a deadline as it only pointed out that “an agenda that includes reaching a political agreement to form a consensual national unity government and the necessary security arrangements to end the fighting” was reached after extensive deliberation.

The two governments have also agreed to work towards the release of abducted people, provide and allow humanitarian aid to reach affected regions, open airports and secure land and maritime navigation.

War in the country has been going for more than three years. Libyans will be hoping that the rival parties reach an agreement so that things can go back to normality. Most of the country’s infrastructure has been destroyed.