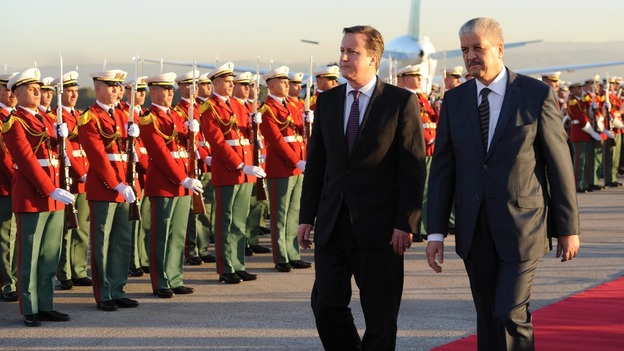 Algeria: Sellal and Cameron agree on economic and security partnership

Algiers and London have renewed their will to build a long term economic partnership between them at the end of the Algeria-UK Investment Forum in London. Around 500 British businessmen attended it. A closed door meeting between the Prime Ministers of the two countries also dwelled on areas of mutual concern such as security, terrorism and extremism.

A source stated that Prime Minster Abdelmalek Sellal informed his British counterpart David Cameron about Algeria’s plan to reform its economy as well as expand the existing investment relationship with the United Kingdom to agriculture, defense and tourism. The economy of the North African country depends heavily on exporting gas but efforts are being made to diversify it. Algeria has often been criticized for its strict investment laws by investors.

The investment forum was hailed as success and a released statement after the meeting of the two prime ministers stated that the two governments have “reiterated their commitment to building a long-term economic partnership.” The forum saw the signing of two memoranda of understanding (MOU) between AstraZeneca and the Algerian state pharmaceutical company Saidal, including a joint venture in pharmaceutical production valued at GPB 70 million

The two Prime ministers also discussed the situation in Libya and agreed on the need for inclusive dialogue in order to bring an end to the violence and a lasting political settlement. London and Algiers are willing to cooperate in bringing stability into the country. The released statement mentioned that “the two sides also discussed the threat of Islamic extremism and security partnership between both countries.”

They also discussed the repatriation of foreign national offenders and agreed on reinforcing their counterterrorism cooperation with the hope of expanding it.