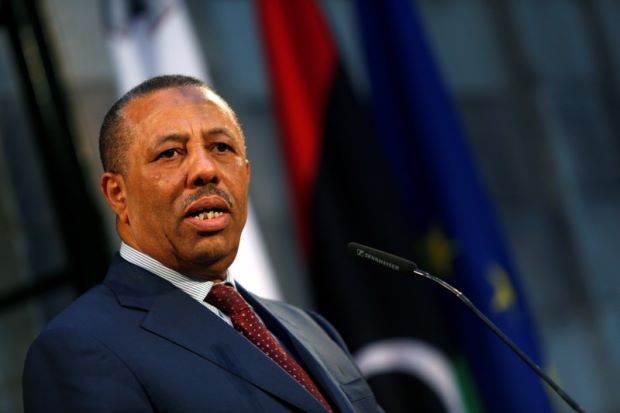 Prime Minster Thinni said Central accounts existing in Tripoli will be closed as part of a plan to reform the payment system that is in place. He said the Tobruk government needs to control the country’s oil revenues and that could only be done by changing the system in coordination with banks and the National Oil Corporation (NOC). Thinni said the implementation of the plan to bypass Tripoli could take a couple of weeks.

NOC oversees Libya’s oil sector. It is a very important institution in the country since the economy is based on oil. The two governments have named officials to run the vital oil sector as well as the NOC.

The question of who owns Libya’s oil reserves continues to be unanswered for foreign buyers, mainly from Europe and China. For decades, they have paid for Libya’s crude oil through a state bank linked to the central bank in Tripoli. The Central Bank has been handling the revenues with the exception of salaries of civil servants and food subsidies as it strives to stay away from the power struggle between Tripoli and Tobruk.

Libya is an OPEC oil producing country but its production capacity has declined due to the three year old that it is going through.

North Africa Post's news desk is composed of journalists and editors, who are constantly working to provide new and accurate stories to NAP readers.
NEWER POSTAlgeria: Sellal and Cameron agree on economic and security partnership
OLDER POSTEgypt: BP to increase production by 100% with $12bn investment