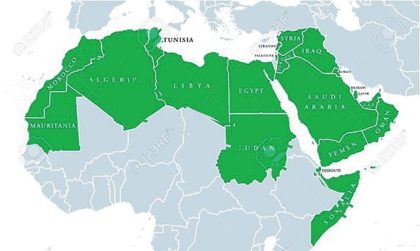 The Algerian military regime, sensing the failure of the upcoming Arab summit due next March in Algiers, has sent foreign minister Ramtan Al-Amamra to Riyadh in a desperate move to get support from Saudi Arabia for the summit amid mounting signs of boycott by Arab Gulf countries, in solidarity with Morocco.

Algerian rulers are in serious diplomatic predicament. They have become ensnared by their trap. They cut diplomatic ties with neighboring Morocco. They also closed air space to Moroccan planes and stopped exporting gas through the pipeline crossing the Kingdom, which the Algerian junta unfairly blames for all their failures that fuel popular anger and protests.

In their blind hatred against Morocco, Algerian authorities, which lack popular legitimacy, are planning to use the Arab summit as a PR to serve their own agenda against their neighbor and undermine its territorial integrity.

They seek Arab support for the Polisario separatist group, an armed militia funded, armed and sheltered by the Algerian Generals in Tindouf camps, Southern Algeria. They have even tried to buy the support of Palestinian authority, Tunisia and Mauritania.

But all their evil plans have failed. As their endgame has become known, Arab countries and especially all member countries of the Gulf Cooperation Council have voiced strong backing to Morocco’s territorial integrity and sovereignty over its Sahara.

The Arab League on its part asked all its offshoots to adopt a unified map of the Arab World including Morocco’s full map from Tangier to Lagouira.

The Arab World map, attached to the League’s correspondence, not only conforms to reality on the ground but represents for Morocco another diplomatic victory in the Arab World.

Instead of seeking to foster inter-Arab unity against common regional and international challenges, Algerian rulers are attempting to sow more divisions, generating more tensions that endanger the stability of the region.

The firm GCC supportive stand to Moroccan Sahara has sent a strong message to Algiers, suggesting that the Arab Gulf countries will not attend or lower the level their attendance, heralding the failure of the summit.

Such a failure will add to the embarrassment of the Algerian rulers who are seeking by all means to remain in power by inventing conspiracy theories to deflect attention from challenges at home, but their missteps continue to fuel social uprising, suggesting that their days are numbered.