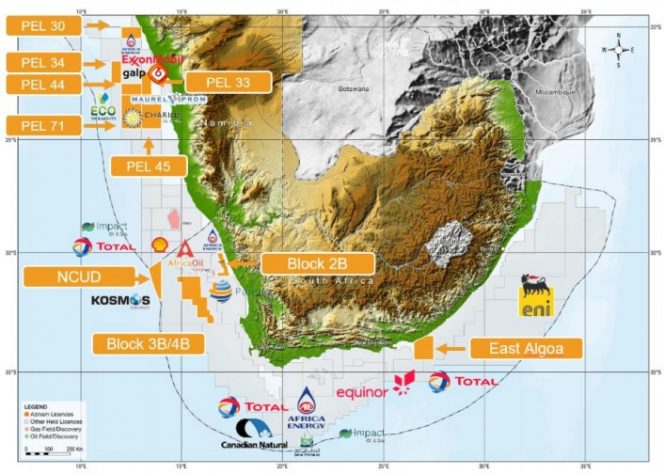 The French energy giant TotalEnergies has submitted an application to convert its exploration right offshore South Africa into a production right and the country’s authorities expect the company to submit a production plan within weeks to utilize a prolific offshore gas discovery that will form a key part of increasing investment in the sector.
The Block 11B/12B area covers the Luiperd and Brulpadda discoveries. The French multinational company is relinquishing the northern part of the area and is entering a gas market development period, to confirm the plan’s economic viability, its partner Africa Energy reported. According to the Petroleum Agency of South Africa (PASA), the national petroleum regulator, TotalEnergies’ application was filed on Monday (5 September) and “will be assessed for completeness over the next 14 days.“ In March, the chief executive of PASA said if TotalEnergies did not submit its production license application by September when its exploration license expired, the block would revert back to the market.
TotalEnergies discovered two large gas fields, Brulpadda and Luiperd, in offshore block 11B/12B about 175 km off South Africa’s southern coast in 2019 and 2020. Developing the block is seen as a vital pillar of South Africa’s gas energy ambitions, with the development of the Luiperd prospect potentially connecting to an existing offshore platform run by national oil company PetroSA via a sub-sea pipeline of less than 100km. South Africa, the most industrialized nation on the continent, lacks commercial oil and gas production, leaving it reliant on imports of the fuel. Its search for domestic resources has encountered unprecedented opposition in recent months by communities and activists who have successfully blocked exploration activity by companies including Shell Plc.