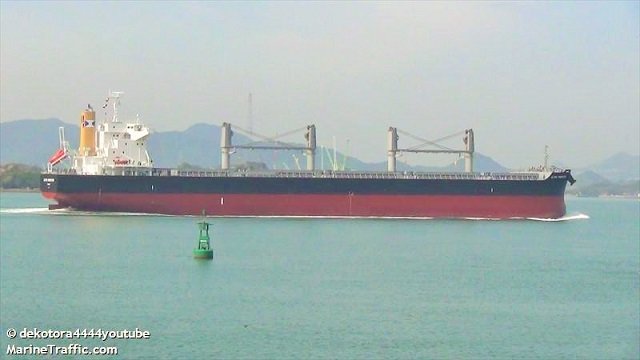 A tanker loaded with phosphate rock cargos exported by Morocco’s state-owned phosphates company (OCP) to Canada was detained in Panama after the Algerian-sponsored Polisario front filed a complaint challenging the legality of the transaction.

The vessel is the second held within a month after a New Zealand-bound ship loaded with 50,000 tons of OCP phosphates was held earlier this month by South African authorities in Port Elizabeth.

Through this new form of economic war against Morocco, Algeria is pulling the strings of the Polisario in a desperate attempt to undermine Morocco’s economic interest at the international level.

Phosphates and the industries relating to it is an area of excellence for Morocco, the world’s largest producer. Phosphates has also featured prominently in Morocco’s recent economic and diplomatic breakthrough in Africa where support for the Algerian nurtured and sponsored separatist thesis is waning.

After the first ship detention in South Africa, OCP legal counsel Othmane Bennani Smires told the press that the transaction is “in full compliance with the United Nations framework and relevant international legal norms and standards”.

In a recent statement, the OCP said that its representatives made it clear during a court hearing in South Africa on the case that detaining the ship and the cargo in response to a complaint filed by a separatist entity is an attempt to derail the UN process to politically settle the Sahara dispute. The court will deliver its final verdict on June 9.

Responding to complaints filed by a separatist entity that is not recognized by the UN is in itself a violation of international law. Last year, a European Court of Justice (ECJ) ruling restored the legality of the Moroccan-EU agricultural agreements after a legal challenge by the Polisairo, saying that the deals “do not concern the Polisairo front”.

Prior to the ruling, the ECJ’s Chief Advocate General Melchior Wathelet explained that the Polisario front is not a legitimate organization for contesting the Morocco-EU trade agreements.