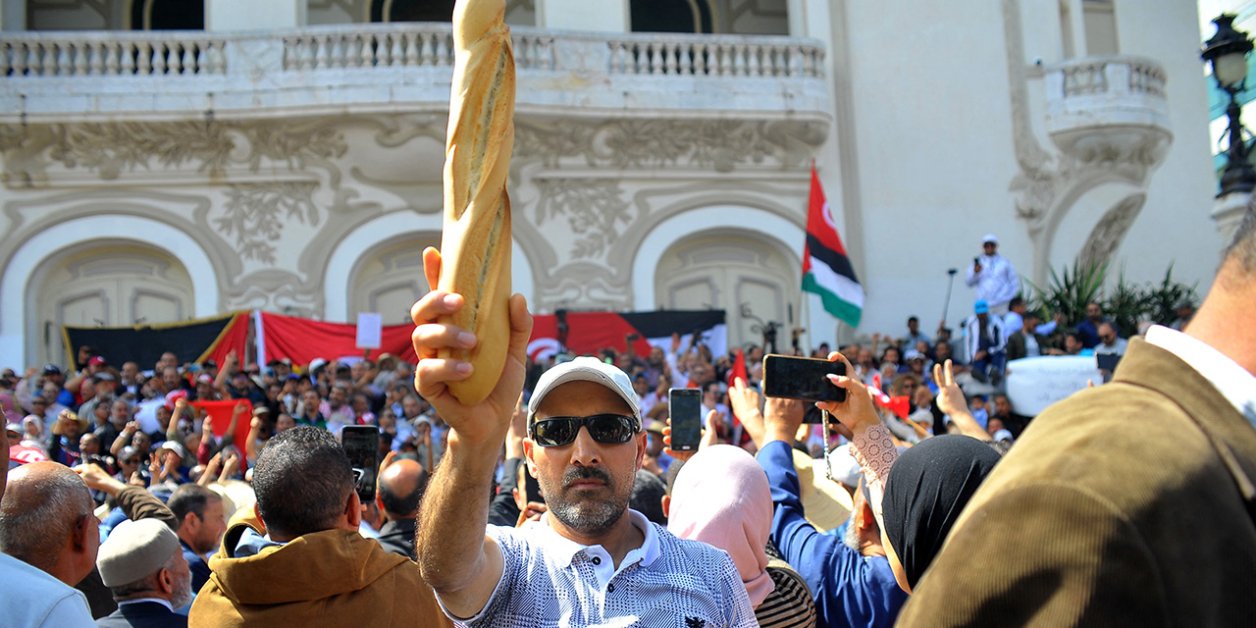 The trade deficit in Tunisia widened by record 56% in the first semester of 2022, reaching 8.1% of GDP, while the budget deficit, exacerbated by mounting energy and food subsidies, is expected to reach 9.1% in 2022, compared to 7.4% in 2021, according to the World Bank’s latest report.

Inflation in this country rose from 6.7% in January 2022 to 8.1% in June 2022, prompting the country’s Central Bank to raise its policy rate, the first increase since 2020, underlined the WB in its “Tunisia Economic Monitor”.

The slow economic recovery from COVID-19 and a delay in carrying out key reforms, including of subsidies, is likely to further strain Tunisia’s public finances and deepen budget and trade deficits, warned the World Bank document.

“Just as its economy started to recover from the COVID-19 crisis, Tunisia faced the double challenge of rising commodity prices and the war in Ukraine, which has put huge pressure on global wheat and energy supplies.” said Alexandre Arrobbio, World Bank Country Manager for Tunisia.

“End of June, the World Bank granted a $130 million loan to Tunisia to help mitigate the impact of the war in Ukraine on food security. This will allow the government to finance grain purchases while initiating announced reforms,” added Arrobbio.

The rising global commodity and manufacturing prices exacerbated existing vulnerabilities of the Tunisian economy in the first months of 2022. Since President Kais Saied came to power in 2019, the socioeconomic and political situation in this country has gone from bad to worse.

Battered by a series of challenges, the Tunisian economy has struggled since the Arab Spring uprising of 2011, and its problems have been greatly exacerbated by the outbreak of Covid-19 pandemic and President Kais Saied’s “constitutional coup,” prompting worldwide criticism as the new controversial constitution gives the President large powers, while removing checks from the legislative and judicial branches.