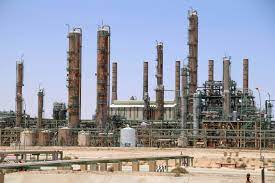 Chairman of NOC, Farhat bin Qadara, said a medium-term plan will be outlined to achieve this goal, which will extend from three to five years and that will see the participation of several companies with their own projects, a statement issued by the company said.

NOC boss also announced that the production rate in the last month has slightly exceeded the figure of one million and 200 thousand barrels per day.

Libya’s daily oil output in July increased to 1.025 million barrels per day after a three-month decline. Early this year, the country’s daily production was 1.3 million bpd but sharply declined over repeated closures of several oil fields and ports.