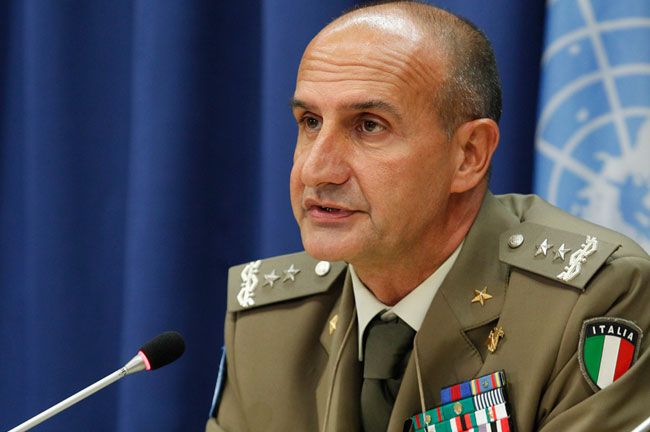 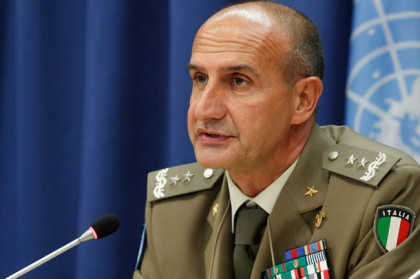 UNSMIL’s Head of security Paolo Serra has been in Tripoli to discuss security with militias and Libya Dawn administration for the establishment of the Libyan agreed Government of National Accord (GNA), UNSMIL boss, Kobler said on Sunday.
Italian military officer, Paolo Serra in Tripoli will meet with Tripoli strongmen and militias still controlling of the Libyan capital now empty of most foreign representations.
Serra will discuss security issues related to the establishment of the GNA agreed in Morocco last week. The move comes as on December 13, at Rome international meeting, of the UN Security Council and the international community echoed by US Secretary of State John Kerry announced that the future Libyan unity government will be based in Tripoli, the capital adding that the UN will develop a plan to insure its peaceful establishment and unthreatened operations.
Kobler speaking to AFP also hinted at a possible return of the UNSMIL to Tripoli after relocating its office to Tunis following Libya Dawn’s take-over of the city in 2014.
“We hope to have an agreement with everybody,” he said.
“The regular army, the regular police but also militias, so that the government can go back and of course, UNSMIL has to go back to Tripoli also”.
The Libyan capital is still controlled by militias allies to the Libyan Dawn and other uncontrolled gun-groups sowing the terror, including kidnappings, extra-judiciary killings, robberies.
It is not sure whether Libyan Dawn; action arm of the General National Congress opposed to the GNA will be inclined to allow the Prime Minister Faiez Serraj led government operate without fear. The UN has already indicated that it will stop contact with all other institutions and only recognizes the GNA as the sole Libyan administration.
In addition, debates have already started discussing how to assist the GNA better tackle Libya’s problems and restore country’s economy and address pressing humanitarian crisis which has displaced more than 2 million Libyans.
Following the accord in Skhirat, Tunis on the 18th hosted a forum of Libyan experts, academics, prominent entrepreneurs to discuss how they can contribute to the reconstruction of the country following four years of fighting and destruction of the country’s economic fabric.
A report from the UNSMIL indicates that gathering pledged support for the Government of National Accord (GNA) and developed a series of recommendations for both short-term priorities and longer-term peacebuilding and state-building in the country that could assist the GNA in formulating policies once it takes up the task of restoring stability and prosperity to Libya.
They laid out recommendations on how the GNA can combat corruption; strengthen the capacity of local and national government and how to approach both humanitarian and developmental support efforts.