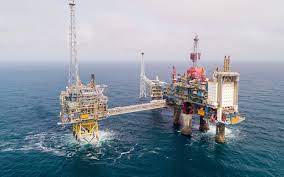 Côte d’Ivoire, which aspires to become a “major” oil producer by 2023, has announced a new discovery of oil and natural gas by Italian hydrocarbon giant ENI, thus effectively expanding its potential reserves found last year by 25%.

In September 2021, ENI announced a „major discovery” of offshore oil and gas resources in Ivory Coast, following a $185 million investment in energy exploration by two foreign firms. ENI reported that its deep-water exploration led to the discovery at 3,445 meters deep of the field that could contain as many as two billion barrels of oil and 51 million cubic meters of natural gas. Thomas Camara, the Ivorian Energy Minister said the discovery would “greatly increase Ivory Coast’s proven reserves in the coming years.”

The latest discovery off the eastern coast “increases by about 25%” the previously announced deposits, the Ministry for mines, oil and energy said in a statement, with extraction due to start in early 2023. The country’s president Alassane Ouattara has said he wants Ivory Coast to become a major oil producer. The West African nation’s current output is modest, at around 30,000 barrels per day.

Ivory Coast has 51 identified oil fields, of whom only four are in production whereas 26 remain in exploration and 21 are untapped. In 2019, Ivory Coast signed contracts for exploration with Eni and France’s Total. Between the two firms, in 2019 the firms put $185 million into the initial investment in exploration. ENI is one of the largest foreign oil and gas producers operating in Africa. The company has valuable assets in Angola, Libya and Nigeria. It is also active in Egypt and Mozambique.